From Yarnell to Hope

With Lake Pend Oreille stretched out before them, six Sam Owen Fire District firefighters gathered on a foggy Hope hilltop June 30, standing in silence save for birdsong and the drizzle of rain through the branches of nearby trees. Rising from one of the firefighters’ cell phones came the crackle of a recorded radio transmission: the final communications from the Granite Mountain Hotshots. 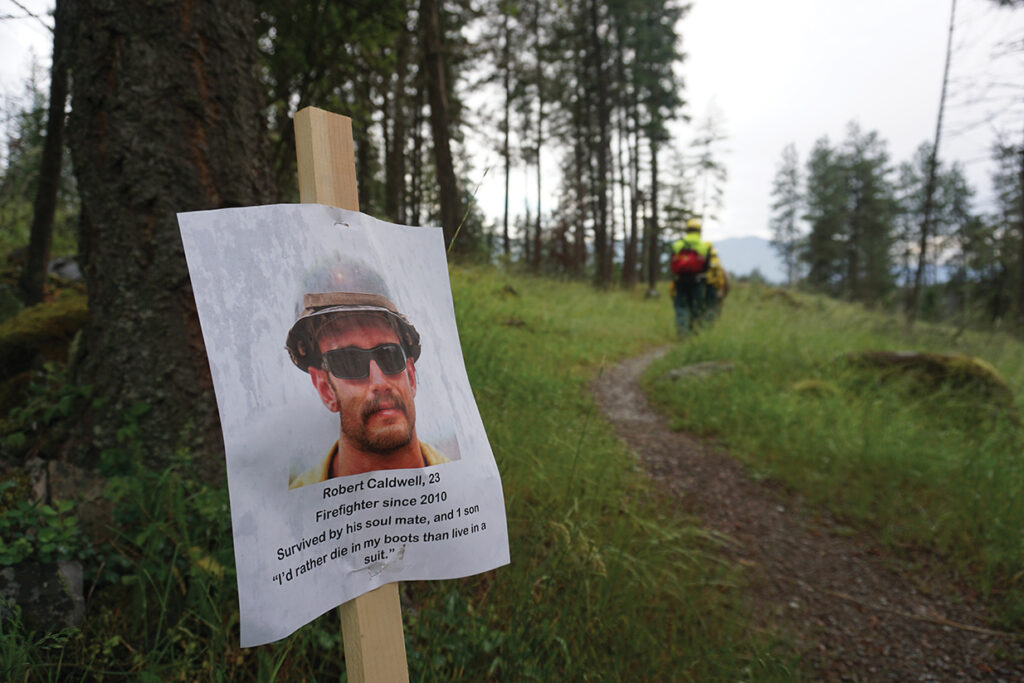 A memorial marking for Granite Mountain Hotshot Robert Caldwell, who died seven years ago in the Yarnell Hill Fire. Photo by Lyndsie Kiebert.

Static and call signals drifted in and out, and when it ended, the six firefighters held a moment of silence as the bird sounds, pattering rain and a mutual respect for the job filled the space between them.

Tuesday marked seven years since the Yarnell Hill Fire in Yavapai County, Ariz., which killed 19 firefighters from the same hotshot crew, based in the city of Prescott, Ariz. Only one member survived. The fire — ignited by lightning — overran the men, cutting off their escape route. They died June 30, 2013.

This year, Sam Owen Fire District volunteer firefighter Cecil Jensen, along with fellow volunteer Austin Theander, planned a memorial hike to the gravesite of Sam and Nina Owen on the Hope Peninsula — about a half-mile trek that ends at the final resting place of the couple, who donated the land to the U.S. Forest Service.

Jensen thought it was the perfect way to honor the Granite Mountain Hotshots.

“I usually take a moment every year to remember,” he told the Sandpoint Reader, “but this year, I knew others wanted to remember, also, so I decided we should do it together.” 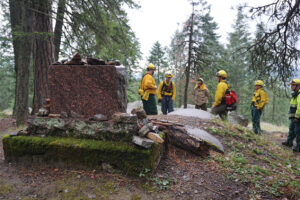 Prior to the hike, Jensen placed 19 markings along the trail with information about each of the hotshots who died. While the rain had done some damage, the papers remained legible, and the Sam Owen crew stopped at each stake along the way to learn a little about each of the fallen.

Fathers, sons, brothers — tenacious young men who worked hard to be on the premiere hotshot crew in their region. Each of the markings had photos, names, ages and background information on the men who died. About a dozen stops into the hike, Jensen took a noticeably longer pause at the marker for 21-year-old Grant McKee.

“I said I wouldn’t get emotional,” he said, “but this kid was just a kid.”

The hike and thoughtful display of remembrance for the Granite Mountain Hotshots is a fitting example of the type of person Jensen is — for the fire district, and for the community as a whole. The father of three receives his fair share of good-hearted flak for his unmatched enthusiasm, and his passion for firefighting is front and center. The 2013 hotshot tragedy struck and has stuck with him.

“I had just graduated fire school and was actively looking to get on [with] a big department, and then a month later the Granite Mountain Hotshots experienced their tragedy,” he said. “It really hit me hard that this is a very serious job. Most of the guys that died were right around my age, and they died doing something I was trying to do. That makes you step back and have a lot of respect for the job.”

Cultivating that respect for the job was one of the reasons Sam Owen Fire District Co-chief Stuart Eigler felt the hike was worthwhile. While the Sam Owen department is primarily responsible for structure protection, the volunteers are often first on the scene of local wildfires until Forest Service or Idaho Department of Lands personnel arrive. 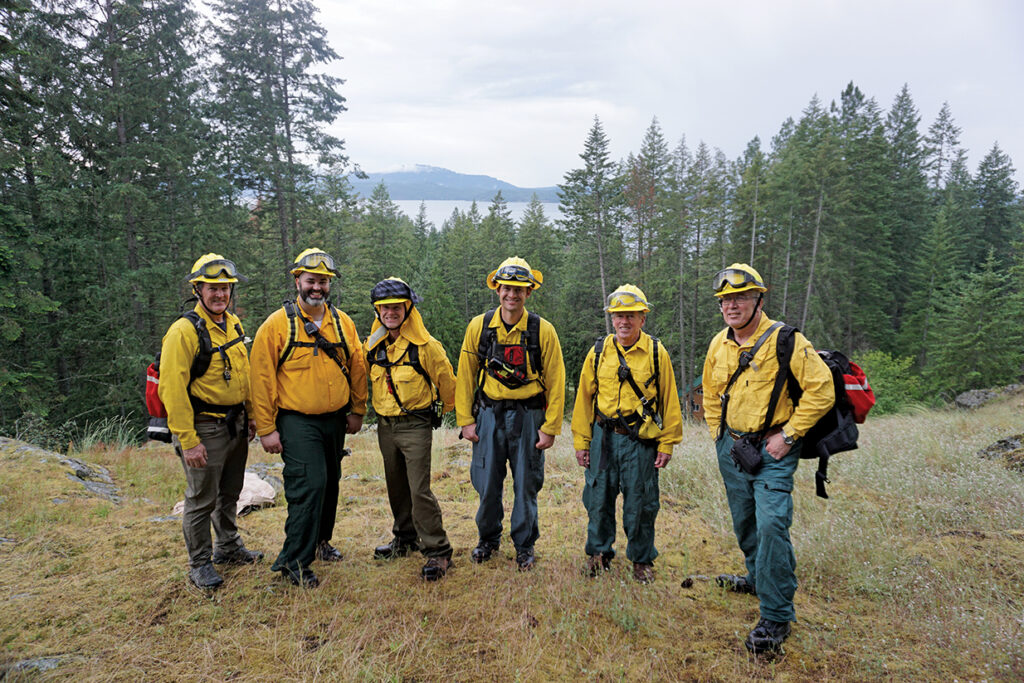 “Remembering these guys who went before, who were very well trained and knew what they were supposed to be doing — it makes us realize that we can get into trouble very quickly,” Eigler said.

Jensen echoed that sentiment, saying that in firefighting, it’s a tradition to remember those who died in the profession in an effort to “learn and grow, and also never let their deaths be forgotten.”

“If you’ve been in the fire service long enough, at some point you reflect on a call you’ve been on and think about how close it was that you almost died,” he said. “To hear of those that didn’t make it home is a really hard thing to think about.”

On a Tuesday evening in the woods of Hope, as the names of the Granite Mountain Hotshots were read aloud in the rain, Jensen made that a little easier.

In memory of the Granite