From Sweden to Sandpoint

Viktor Sjöberg, the East Bonner County Library District’s new director, officially entered his new role on Nov. 8. The Sandpoint Reader caught up with Sjöberg to talk about his vision for the area’s libraries — a resource he hopes to make all the more relevant to everyone in the community.

Sandpoint Reader: Tell me about your background.

Viktor Sjöberg: I am originally from Gothenburg, Sweden. I developed an interest in libraries at an early age because it was the entity that connected me to reading and also, later on, connected me to the internet, where there were new worlds to be discovered. One of my primary interests as a child — and still is — is music, and that was my first full-time job, as a touring musician. I did that for about seven years. … 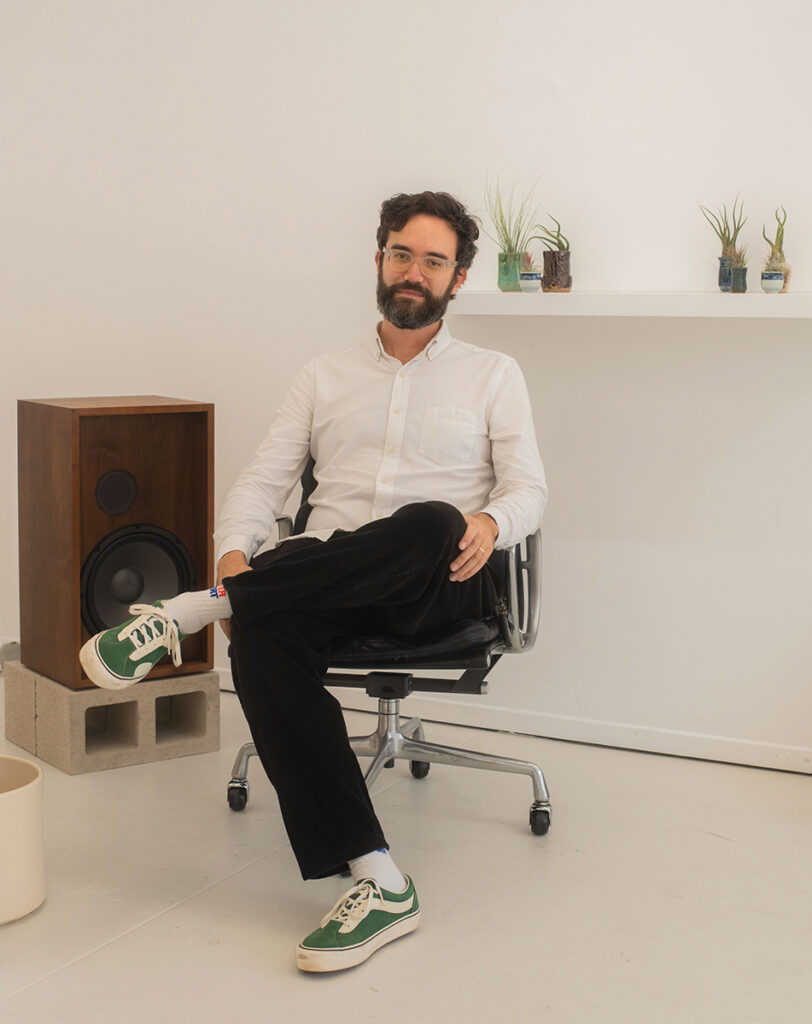 Parallel to touring and playing music I also went to library school in Sweden. I graduated in 2009. In 2010, my wife and I moved to California, and I started my library career. Since then I’ve worked at a number of different libraries across central and southern California. Most recently I was the assistant library director for a district in Altadena, Calif.

When the job opportunity here in Idaho came up, it was quite fortuitous. We’d been wanting to move to a more rural area for a while. My wife has a close friend in Spokane, so we had heard about Sandpoint for many years and we decided to try it out. Once I came up here and met everyone — especially the wonderful staff here at the library, and saw the facilities — I was in love and I decided that this would be the right place for us.

SR: You are about two weeks into the job. How has it been going?

VS: It’s been going well so far. It’s just such a wonderful team where everyone has been working really hard. … I think I can bring a greater level of cohesion to the organization and make sure that everyone is working toward the same mission and vision and provide clarity and provide an outlook that’s built on trusting each other, which is very crucial to any organization, but especially one that works with the entire community. If we don’t have a high level of trust within the organization, it is going to be very hard to build that level of trust with the community.

SR: I think that’s fair. The interface between the library and the public has been hot and cold throughout the pandemic, especially regarding masking policy, the board election, etc. You are entering at a time that I guess some might characterize as a little turbulent. Would you agree?

VS: Yeah, definitely. I think it’s been turbulent here in a slightly different way than we saw in California, but I think the most important thing to remember with the pandemic is that it is a collective trauma, and that people react and respond to any type of trauma in individual ways based on their previous experiences and their disposition. The pain that people are carrying is very different based on this. The most important thing is to take a compassionate approach to that and realize that even though people’s pain manifests in different ways, this is a collective experience, and I think that there’s definitely healing to be brought forth through that.

SR: I think that’s a very empathetic way to put that. But on to happier topics. What might be a short-term goal you have for the library district, maybe within your first year?

VS: The Strategic Planning Process — that’s one of the big things, and part of the reason I was hired. To really make sure that we are connected to the community’s aspirations and challenges, and that we are making decisions based on that information and not making decisions in a vacuum. We are here for the community and I want to develop a participatory model for serving the community where we can involve them in the creation of our services as much as possible. … We are going to be hiring quite a few new people. We actually have a few job openings right now. I’m very fortunate that the team here, prior to my arrival, already did a salary study to ensure that we were paying people fair wages. …

I really want to make sure that local people know that they have employment opportunities at the local library, and that we pay fair, as well.

SR: I’m glad you brought up the Strategic Planning Process. I understand that there might be some public hearings or workshops. Are there any solid dates yet?

VS: No, no solid dates yet, because we just started it here internally. I foresee this starting early next year, as far as public participation. It’s going to take many forms, and I’m going to partner with the local business community to have venues for community conversations that will hopefully include some food, some music and these very crucial conversations about what it’s like to live here in the community and what aspirations we have for the future.

SR: Are there any long-term goals in your sights?

VS: I want to hear from the community first. … But I have this concept called Library of Human Connection. It is something that I’ve been working on for the past couple of years and that I’m planning to really bring to full fruition here in East Bonner County. Just like we have a catalogue of books and DVDs and music and all of our other materials, how can we have a catalog of organizations and individuals in the community? It goes way beyond a directory. It really is a platform for people to get more connected to each other and learn more about each other, build new skills and remove some of the barriers that seem to exist between people.

VS: I talk about it sometimes as a community healing space — which is very abstract. What does that mean? Essentially, I would like the library to be the first place that people go to when they want to pursue something new or to better themselves in some way. This is the ultimate pipe dream, but I think it is important to state it. Just like the fire department is funded by everyone that pays taxes, and they are seen as an absolutely vital resource — which they are, of course — that is not necessarily the perception that everyone has of the library, because not everyone uses the library. That has to do with relevance as much as it does with awareness. …