From farm, to table, to community

NAMI Far North, the local chapter of the National Alliance on Mental Illness, is taking a unique approach to fundraising, and chapter president Ellie Lizotte can’t wait to share it with others looking to end the stigma surrounding mental illness. 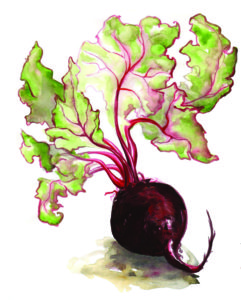 “There are so many nonprofits in our community, and it’s wonderful, but we wanted to do something out of the ordinary,” Lizotte said.

That’s when another member of NAMI Far North, Ann Wimberly, thought of providing a farm-to-table dining experience to raise money for local mental health services. With the help of Emily LeVine of Red Wheelbarrow Produce and Spokane Chef Peter Tobin, NAMI will host a farm-to-table dinner on August 25 at 5:30 p.m. The dinner will take place on LeVine’s farm in the Selle Valley.

One program this fundraiser will support is North Idaho Crisis, which currently runs an after-hours crisis hotline staffed by licensed mental health professionals.

North Idaho Crisis Director Catherine Perusse said the crisis hotline has been active, with several calls coming in from people in emotional crisis, and a couple of suicidal calls.

“The whole goal is to get ahead of, ‘I’m ready to kill myself,’” she said, noting that so far, the crisis hotline has been successful at getting the hotline number out there so that people can seek help before suicide becomes a serious thought.

Perusse said NAMI Far North and Bonner Partners in Care Clinic have been “like Mom and Dad” — supporting the crisis hotline by making referrals and finding funding. She noted the Bonner County Human Rights Task Force has also been a huge financial help.

Still, Perusse said expansion — let alone a continued existence — looks bleak unless funding continues. For example, while there is a crisis center in Coeur d’Alene, she said she wants to provide a similar space in Sandpoint to save people in crisis from having to go so far to be in a safe place, all money-depending.

Right now, Perusse is simply committed to the mission of making sure no one feels alone.

“We’re here to provide support for anybody for any reason,” she said.

The chance to perpetuate that support is what drives Lizotte to continue her work with NAMI Far North, and she said the farm-to-table evening is another chance to continue the anti-stigma dialogue.

“We need to replace the stigma around mental illness with hope,” she said. “I see how powerful it is when people share, and are open about it.”

Seating at the dinner is limited, so purchase tickets early at Eventbrite (search “NAMI Far North – Farm to Table”). Tickets at $95 per person. Anyone with questions should email [email protected]

Learn more about the event and organization by finding NAMI Far North on Facebook, or visit www.namifarnorth.org. And buy raffle tickets at La Chic Boutique or Tango Cafe for a chance to win a cruiser bike and basket of picnic goodies. Tickets are $5 each or $20 for five, and a winner will be selected Aug. 25.