Toast the season with some local suds

Brothers Mickey and Duffy Mahoney were early adopters in the Sandpoint brewery scene, opening their brewpub on First Avenue in 2006. They were only 20-somethings then, but in the intervening years they and their business have grown and matured (well, the business has matured anyway) into a full-fledged pillar of the downtown landscape.

The place is a destination for locals and visitors alike, with one of the best menus in the core and a slate of beers that started out great and have only gotten greater. Family friendly and inviting, with much-loved Tuesday trivia nights each week, the First Avenue spot is hard to beat.

Except… there’s the MickDuff’s Beer Hall around the corner on Cedar Street, which houses the brewing operation and hosts regular live music, outdoor seating, cornhole boards, billiards, foosball, darts, sports on the big-screen TVs and a multitude of taps.

What’s more, in a case of local-entrepreneurs-done-good, MickDuff’s is trading its First Avenue brewpub for a much expanded and gorgeously appointed new space at 419 N. Second Ave. The Spanish colonial revival-style building — originally home to the Sandpoint Post Office beginning in the 1920s — will be both brewpub and brewery, bringing together the best of all worlds. 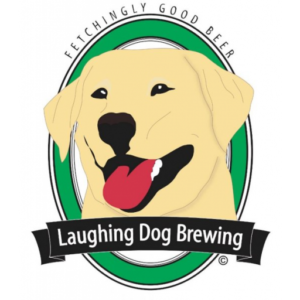 The granddaddy of 21st century Sandpoint breweries, Laughing Dog Brewing has been turning out top-notch suds since 2005 — including the much-loved Huckleberry Cream Ale. Add to that the 219 pilsner — a sessionable pilsner brewed and named in honor of the venerable 219 Lounge on First Avenue — Pacific Northwest IPA, Alpha Dog imperial IPA and medal-winning Anubis imperial coffee porter, Pecan Porter, DogFather imperial stout and De Achste Hond Belgian-style sour ale, and you have a longtime local institution responsible for kicking off the Sandpoint brewery boom.

Trailblazing in one thing; sustainability is another. Laughing Dog has gone through a lot of big changes in its almost-15 years — several relocations and expansions, as well as a transition of ownership. Today, it’s as healthy and hoppy as ever, with a slick-yet-inviting rustic-industrial taproom at 805 Schweitzer Plaza Drive in Ponderay and — unlike previous iterations — a robust menu of eats.

The board of fare includes comfort items like mozzarella sticks, corn dogs, buffalo wings and pretzels, and we have it on good authority that the jalapeno poppers are among the finest in the area. Beyond beer, you’ll find a selection of wines, canned cocktails and ciders from Tieton and Coeur d’Alene-based Summit Cider.

As always, and appropriately, it is a dog-friendly establishment. 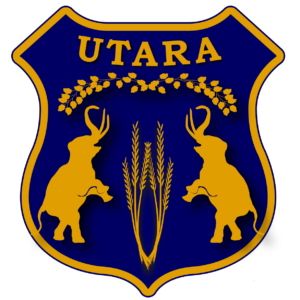 When owners David Kosiba and Christina Stecher were at loggerheads over whether to open a brewery or a fast-casual Indian foot eatery in Sandpoint, the compromise ended up offering both in one location. As a result, Utara Brewing Co. has earned a solid place in the hearts, minds and stomachs of Sandpoint.

Utara’s core beers each carry with them distinct flavors and personalities. From the crisp Dr. Saaz’s Ponder Point Czech Lager to the complex Pine Street Porter, hop lovers and beer sissies can drink together in peace. They also carry three varieties of IPA and unveil a limited release beer every Monday. For non-beer drinkers, they offer ciders, wines and non-alcoholic choices, including LaCroix sparkling waters. Remember, it’s a brewery, which means kids are allowed inside.

Utara’s menu is a fresh take on fast-casual, featuring authentic Indian small bites, appetizers and entrees. Our favorite items are the Chips Vindaloo (think poutine, but instead of gravy and cheese curds they smother the fries with vindaloo curry spices and tikka masala, yogurt and cilantro), Samosas with dipping sauces, Pakora and Chicken Tikka Masala Rolls and anything off the curry menu. Don’t forget to check out their daily specials.

The last word: Whether you’re looking for a casual place to share a pint or a quick bite that you talk about for the rest of the afternoon, Utara has definitely got it going on.

I dare you to step foot inside Matchwood Brewing Co.’s impressive facility in the Granary District and not fall in love. Owners Andrea Marcoccio and Kennden Culp have transformed this old warehouse into a community hub, complete with full service restaurant and craft beer.

Matchwood’s taproom covers the bases, from the light, approachable Berliner Weisse, to hopheads’ favorites such as the Classic IPA, Doppelbock and Hazy IPA. Brewer Bobby Birk recently joined the Matchwood team, bringing with him experience that helps support “creativity in recipe development, experienced execution in brewing technique and a down to earth approach to making beer,” said Culp. Each beer comes with its own shaped glass, making you feel unique just for drinking. Score!

Matchwood recently brought on head chef Craig Wert, who brings 25 years of experience to the eatery. Wert has already launched daily soup and meal specials, a Sunday brewery brunch menu available all day and has made several delicious additions to Matchwood’s winter menu.

With most items sourced locally, Matchwood’s selections are intended to please everyone at the table, from a hearty kids’ menu to shareable items like handmade pretzels, panko-crusted mac ‘n’ cheese bites to buffalo cauliflower. They also offer a wide selection of salads, a daily soup and handhelds like daily pasty specials, burgers and sandwiches.

The last word: With a beautiful building bustling with activity, comfort food choices and thoughtful beer selection, Matchwood is a great place to bring the family and connect with the community.