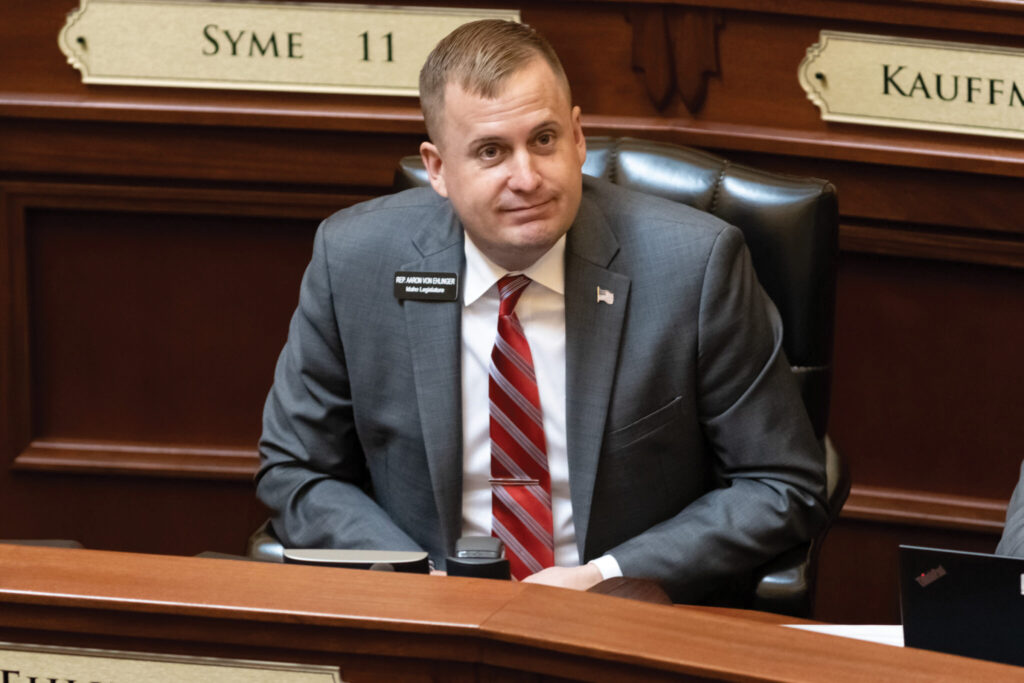 Ada County Sheriff’s Office spokesperson Patrick Orr told the Idaho Capital Sun via email that von Ehlinger was arrested and in custody at the Clayton County Jail, which is located about 20 miles south of Atlanta. Von Ehlinger was denied bail by a judge Sept. 27, according to Clayton County records.

As of Sept. 27, Orr said he did not know of immediate plans to extradite von Ehlinger back to Idaho or when that might take place.

The Lewiston Tribune first reported a warrant for von Ehlinger’s arrest was issued by the Ada County District Court on Sept. 10, following an investigation by the Boise Police Department.

Von Ehlinger, who represented Lewiston in the Idaho Legislature, resigned his seat at the end of April following an ethics hearing in the Idaho House of Representatives over his conduct as a legislator. A 19-year-old intern on the legislative staff said von Ehlinger raped her by forcing her to perform oral sex. Two other female legislative staffers said von Ehlinger made them uncomfortable with unwanted advances.

Von Ehlinger has denied the accusation of rape, saying the sexual activity was consensual.

Editor’s note: The Idaho Capital Sun published a lengthy follow-up to this story on Sept. 29, reporting in part that, “The attorney for former Idaho House Rep. Aaron von Ehlinger, Jon Cox, says his client was not trying to evade law enforcement when he was arrested in Georgia last week. Von Ehlinger was on a pre-planned vacation with family in Central America when the warrant was issued, and had been there since May, according to Cox.

“‘He was out of the country far in advance of the warrant being issued,’ Cox said.”

Find the full report at idahocapitalsun.com.