Former BGH CFO sought by authorities for embezzlement of $220k

Bonner General Health officials are pursuing charges against the hospital’s former chief financial officer, Norilina Harvel, who is accused of embezzling more than $200,000 from the nonprofit.

An employee of the hospital for 15 years and its CFO for 10 years, Harvel allegedly used a bank account set up fraudulently in the hospital’s name to use for personal expenses and unauthorized credit card transactions. Additional funds were allegedly stolen from the books using a multi-year lease for hospital equipment that didn’t exist. The Bonner County Prosecutor’s Office has issued a warrant for her arrest, according to prosecutor Louis Marshall. 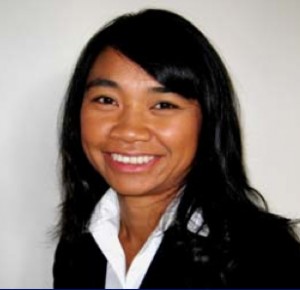 A 2013 photograph of Norilina Harvel.

Since the missing funds were discovered, it has had far-reaching impacts on both hospital officials, shaken by the betrayal, and the community, which spread several rumors about the incident. Most of the rumors are untrue, according to Bonner General Health CEO Sheryl Rickard. The crime didn’t involve public funds of any kind, and it had nothing to do with the construction of the new building.

What is true is over several years, Harvel allegedly embezzled $220,000 through various financial schemes. The largest of the fraudulent financial items—around $86,000—was funneled through a lease for sterilizing equipment the hospital never acquired. It was only when a lease bill landed on Rickard’s desk that administrators became suspicious.

“If it wasn’t for that lease, it might have taken us longer to discover this,” Rickard said.

Once the extent of the theft was discovered, BGH board chair Ford Elsaesser reached out to the regional FBI office, which recommended he work with local authorities. Officials also enacted a forensic audit of hospital finances, which, while still incomplete, revealed the history of malfeasance. The prosecutor’s office issued an arrest warrant Wednesday for the felony offense.

Fortunately, the hospital has managed to mitigate some damage through insurance for some of the lost funds. Between $107,000 in claims already processed and some outstanding claims, they hope to secure perhaps half of what was lost.

Hospital officials are still investigating just how Harvel managed to set up a new BGH account at Bank of America, which is not the hospital’s normal banking outlet, to cover her tracks. Since business accounts are usually much more complex to set up and require multiple authorizations, it’s likely that Harvel used a combination of community recognition and forged signatures to set it up.

“As a result of this situation, we are expanding our external audit parameters as well as reviewing and honing policies and procedures to ensure this cannot ever happen again,” Elsaesser said in a press release. “The BGH board of directors is committed to supporting law enforcement in the prosecution of Harvel and look forward to justice being served.”

The was no acrimony when Harvel left her position last June after securing another job. Because of the friendly working relationship she had with hospital officials, the news of missing funds came as a shock. There is still no word about Harvel’s motives, although Rickard has found nothing like a sick family member that might arouse public sympathy, especially considering her six-figure BGH salary.

“That’s what’s been really difficult,” she said. “I was hoping to find that, and then at least you could understand, but there was none of that at all.”

In an ironic twist, Harvel actually improved the hospital’s finances over her time as CFO, even as she allegedly stole money from the institution.

“She got a lot of credit from the board [because of that],” Rickard said.

While the theft shouldn’t impact BGH operations too significantly—after all, the hospital takes in $66 million in gross revenue—hospital officials find the blow to their trust hard to take. All they can do is anticipate Harvel’s imminent arrest. Authorities are now on the hunt for Harvel, who is believed to be in South Utah.

Cases of local embezzlement have been on the uptick lately. In 2012, Susan Hopkins was sentenced to five years in a state prison plus reimbursement payments for embezzling $246,561 from Coldwater Creek. And this year, former Athol clerk Sally Hansen was sentenced to four years in federal prison for embezzling $417,879 from the city. Because of these precedents, Elsaesser hopes authorities will throw the book at Harvel.

“It seems to me the sentences are becoming more serious,” he said.