In praise of all beings with hearts and minds

About 500 protesters (including 30 counter demonstrators) gathered near the office of Planned Parenthood in Pullman, Washington on last Saturday morning. Those who were interviewed by the local newspaper were repeating arguments that have been discredited. Contrary to their claims, Planned Parenthood does not sell fetal tissue and it does not use federal funds to provide abortions, which is only 3 percent of their life-saving activities.

Far too many Christians are unaware of the fact that our moral, legal, and religious traditions support the 1973 Supreme Court decision. The great Catholic philosopher Thomas Aquinas, for example, agreed with Roe v. Wade: the fetus is not a person until the third trimester. 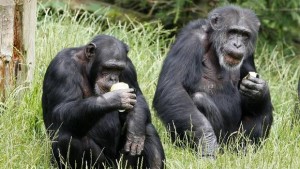 Jacques Maritain, 20th Century Catholic theologian, states: “To admit that the human fetus is a person from the moment of its conception sounds to me like a philosophical absurdity. It is absurd to call a fertilized ovum a baby.” Catholic canon law did not move the cut-off point back to conception until 1917. For more on the theological history of abortion, go to www.webpages.uidaho.edu/ngier/abortion.htm.

English Common Law allowed abortions until the fetus “quickened in the womb,” which is essentially the Roe v. Wade viability criterion. In the 17th Century, jurist Sir Edward Coke argued that the fetus is not a “reasonable creature [a person] until it is born alive.” Under the influence of Sir William Blackstone (1732-80) the criterion of quickening returned as the accepted standard. Our founding thinkers would have followed Blackstone, and so should American judges who insist on conforming to the intentions of those who wrote the Constitution.

Many anti-abortionists argue that the fetus has a unique genetic identity, and this means that we must protect its life from conception on. Genetic identity, however, is not personal identity. Animal fetuses are genetically unique, but most people would not call them persons because of it. A human zygote can twin up to 20 days, which proves that genes can divide but to say that persons can is absurd. Identical twins are of course the same genetically, but as distinct persons they are issued different birth certificates and Social Security numbers.

Most of the recent state laws challenging Roe v. Wade have been ruled unconstitutional. Some states and a bill now in Congress would ban abortion after 20 weeks, because supporters say that the fetus experiences pain at this time. A study published in the Journal of the American Medical Association demonstrated that the fetus does not feel pain until 28 weeks.  Medical scientists in the United Kingdom have come to the same conclusion.

A new law in Arkansas that prohibits abortion after 12 weeks is now on appeal and will most assuredly be declared unconstitutional. A North Dakota law drawing the line at 6 weeks, when a fetal heart beat can be detected, has been ruled contrary to Roe v. Wade.

Animal fetuses have beating hearts and they also feel pain.  We must be able to make moral and legal distinctions between humans and animals; otherwise we would be compelled to extend a right to life to them.  As a vegetarian, however, I would be in favor of that.

Just three weeks ago Manhattan Supreme Court Judge Barbara Jaffe ruled that two chimpanzees were not legal persons. Attorneys for the Nonhuman Rights Project had argued that Hercules and Leo, retired lab chimps at the State University of New York, should be freed from their cages and allowed to live in a sanctuary in Florida.

In a previous ruling it appeared that Judge Jaffe had granted the chimps a writ of habeas corpus, which would indeed make them persons. In her final brief Judge Jaffe corrected that implication, but she did concede that this campaign “may someday succeed.” She pointed to the fact that Supreme Court has granted corporations the “legal fiction of personhood.”

Chimps share 97 percent of our DNA and their fetuses look just like human ones. (See the ultrasound at www.webpages.uidaho.edu/ngier/apefetus.htm.) Scientific accounts of their high quality emotional and mental lives are certainly not fictional.  Chimps have learned sign language, have invented new words (“water birds” for ducks), and have passed this language onto to their babies.

In 1986 Koko the Gorilla was interviewed in Playboy magazine, and she signed enthusiastically about the interviewer’s “fake (gold) tooth.” She also insisted that she was a person and that her non-signing mate Michael was just an animal. How many of you will join me in protecting the right of apes, dolphins, and whales to “life, liberty, and the pursuit of happiness”?

Nick Gier of Moscow taught religion and philosophy at the University of Idaho for 31 years.