Fish and Game: Take down your bird feeders

Idaho Fish and Game is advising people throughout the Idaho Panhandle to take down and clean their bird feeders, after reports of sick and dying birds throughout the region pointed to the spread of harmful salmonella bacteria. 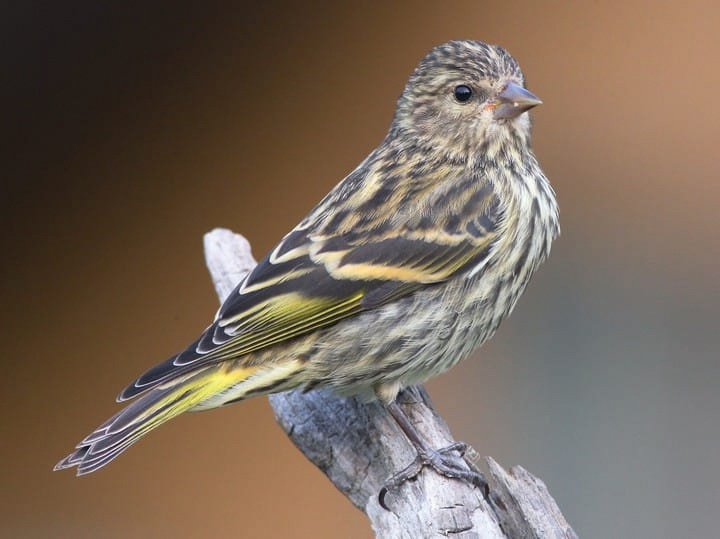 A pine sisken, photographed by Douglas Faulder for Creative Commons.

Sandpoint resident Jo Reitan said she and her neighbors in the Schweitzer Ranch Senior area began noticing that something was wrong with the birds around their homes sometime in the summer, but the issue really ramped up in the past few weeks.

“The neighbors noticed the birds were a bit lethargic,” she said, adding that “the birds would let them walk right up to them.”

IDFG reports that the birds are dying of salmonellosis — a sickness caused by salmonella bacteria, and which is a “common and generally fatal bird disease,” according to a Jan. 11 press release. Wild birds transmit the disease to one another through saliva and droppings, and sick birds exhibit symptoms like “ruffled feathers, lethargy, diarrhea and appear very emaciated.”

Reitan said she and many people in her neighborhood are avid bird feeders and watchers, but they have all taken down their feeders at the recommendation of IFG.

While IDFG states that bird feeders should be cleaned on a regular basis with soap and water, a salmonella outbreak requires a bleach solution. The department recommends a 1:10 bleach-to-water ratio, and also for homeowners to rake up any spilled seed from their lawns.

“The public can stop the spread of salmonellosis by temporarily halting the feeding of wild birds, which will encourage birds to disperse and forage naturally,” IDFG officials stated. “Although uncommon, salmonella bacteria can be transmitted to humans through direct contact of sick birds or droppings. The public should take precautions when handling birds, bird feeders or bird baths by wearing gloves and thoroughly washing hands. Additionally, pet owners are recommended to keep cats inside to ensure they do not catch or consume sick birds.”

Those with questions about the salmonellosis outbreak in North Idaho can contact the Panhandle Regional office at 208-769-1414.