Festival at Sandpoint officials are hoping to make 2018 the safest and most convenient festival year to date.

This year, event organizers are introducing security screenings to better ensure that attendees are abiding by Festival policies. Specifically, the screenings will be designed to ensure that there are no weapons at Memorial Field during the event. In addition, the SPOT bus is continuing its Festival services this year with a special direct route to the Festival, a move that will hopefully cut down on parking difficulties. 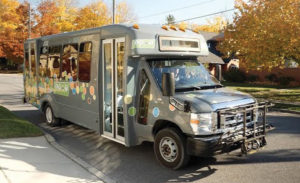 According to Festival Director Dyno Wahl, the security staff has been trained to quickly and efficiently move people through lines to check bags, coolers and other containers. Some festival goers will also be randomly selected for screening with a security wand. As always, attendees are welcome to bring any type of food or drink with them, and the security checks are specifically for already-prohibited items like weapons.

“We’re going to catch people before they come into the venue, so if they do have something that is prohibited, like a big bowie knife or a gun, they will have to put it away somewhere and they can come back,” Wahl said. “We’re aiming to be quick and efficient so it doesn’t slow the line down.”

The added layer of security became necessary after three of this year’s artists stipulated it in their contracts.

“I think that these performers have friends or know people that have had incidents,” said Wahl. “Sometimes they have stalkers.”

While the lines will be designed to move as quickly as possible, Wahl advised that packing light will get attendees into the venue faster. Multiple bags and coolers will all need to be inspected, so the fewer containers to search, the quicker it will go.

“Basically, if you travel light and you don’t have a lot of stuff, you’re just going to breeze right through,” Wahl said. “If you have a cooler and backpack, it might take a bit.”

Festival officials are also looking to beef up their transportation options. Any Festival veteran knows how tricky it can be to find a parking spot near Memorial Field, and as a result, neighborhoods are clogged for blocks with cars. Fortunately, SPOT will be available to save more than a few headaches. And with the Festival capacity boosted by 500 due to the Memorial Field renovations, it is a city-mandated service this time around.

“Last year (the SPOT service) was a huge success,” said Wahl. “… I really wasn’t sure it would catch on. Cliff and Marian at SPOT, they gave us more buses last year because it became increasingly popular.”

Bus service will take place at Sandpoint High School, where people can take advantage of the ample parking. It will begin Thursday, Aug. 2, and run through Sunday, Aug. 12, for each Festival evening except for the Family Concert. Service hours extend from 4:30 p.m. until approximately 11:30 p.m.

“We Americans love our cars, but people are changing,” said Wahl. “They want the convenience.”