Air Force fighter pilots and maintainers have traditionally been male, but the future looks a lot different as more and more females join the ranks of these career fields and make history while they do it.

Recently, Capt. Emily “Banzai” Thompson, an F-35A Lightning II pilot, deployed from the 388th Fighter Wing at Hill Air Force Base in Utah, made history as she flew in combat, making her the first female to do so in that airframe. 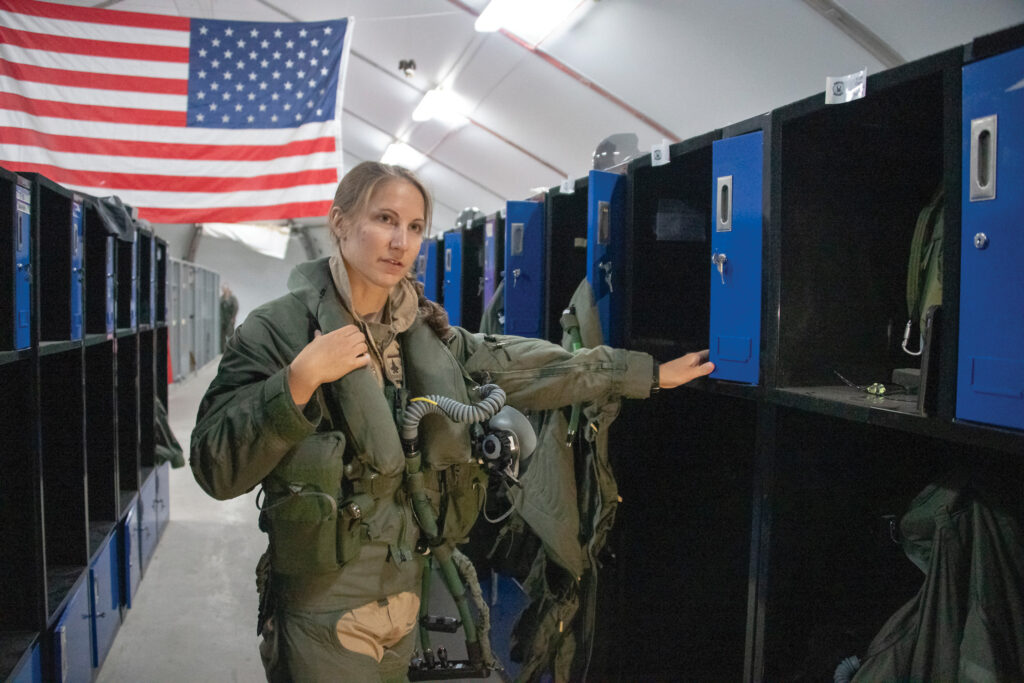 “This is my first deployment … so for me it was a pretty big deal, the first combat sortie for me. … Of course being the first female, it’s a pretty big honor,” Thompson said in a 388th Fighter Wing newsletter. “There’s a lot of females who have come before me and there’s a lot of females already flying combat sorties in other platforms. So just to be the person who gets that honor, that first, it just meant a lot.”

Thompson graduated from Sandpoint High School in 2009. According to classmate Dalton Hawkins, Thompson ran cross country and played in band. She later went on to study aerospace engineering at Kansas University, where she also participated in Air Force ROTC.

“She spent a year or two in South Korea before being selected to fly the F-35,” Hawkins told the Reader.

Thompson said her childhood dreams were to be a veterinarian or a police officer.

“From there, realistic dreams set in and I wanted to be an engineer,” Thompson said. “I went to college to be an aerospace engineer, which is what my degree is in. Then I sort of found out about the whole pilot thing — I could fly, instead of build the airplanes, and it just kind of took off from there.”

It has taken Thompson time to get to this point in her career, which began as an F-16 Fighting Falcon pilot.

On the day of her first combat sortie, she had an all-female maintenance crew launch her off for the historic flight. Airman First Class Ashlin Randolph, a weapons load crew member, was one of a four-person team on duty for the historic launch.

“It was very empowering, it was awesome,” Randolph said. 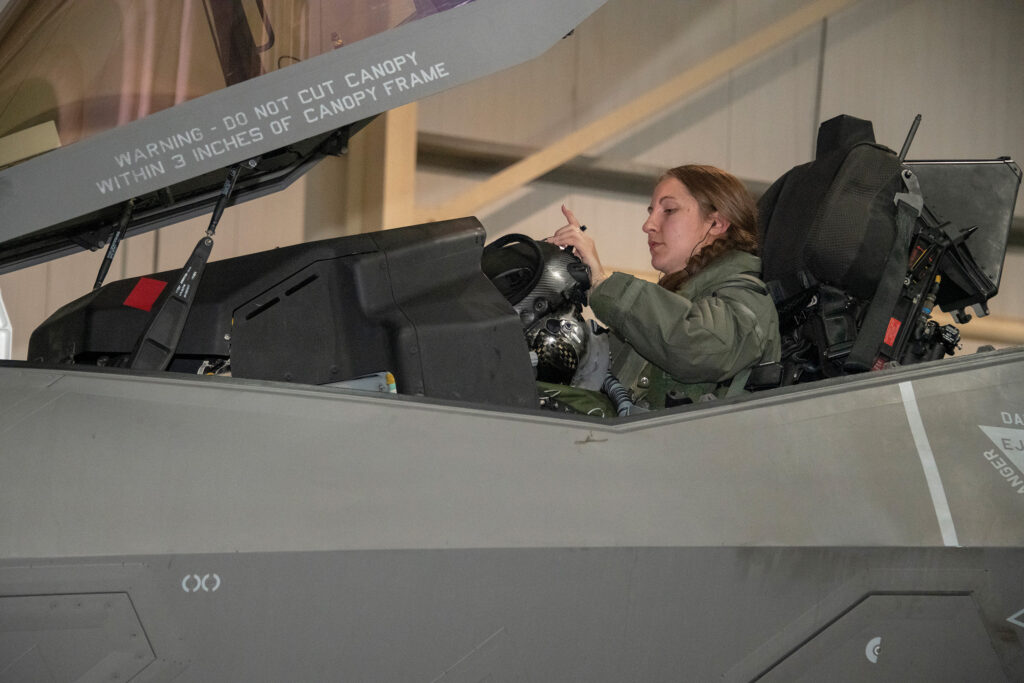 Randolph, also on her first deployment, is new to marshalling jets. It was only her third time marshalling on the day of the launch.

“I always get really nervous, so I had medics, my lieutenants and intelligence [personnel], and they were all females,” Randolph said. “They were all there to support me.”

Randolph is new to the Lightning Technician Program, which allows F-35A maintainers to broaden their knowledge and experience on the airframe.

Thompson, who is part of a small number of F-35A female pilots, looks to what’s next.

“I think it’s a bright future,” Thompson said. “There [13are] a number of us already in the F-35 and I think the number is just going to continue to grow. It’s a very supportive community, it’s very open. I think the opportunity for women to really excel in the F-35 is definitely there.”

Thompson encouraged young females coming up after her.

“Know there’s a lot of supportive people out there,” Thompson said. “Just stay positive, work hard and you can achieve whatever you set your mind out to do, you can get it done.”