Under the settlement, EPA will begin adding both improved monitoring tools and a number of clear, numeric targets and standards to the permit in 2020 that simplify the job of controlling water pollution for regulators, businesses and citizens. The permit applies to thousands of businesses across the country in multiple industrial sectors, from cement mixing and scrap metal salvage to trucking and food processing, and sets limits and best practices that companies must follow before they discharge stormwater that has been polluted by their industrial operations. 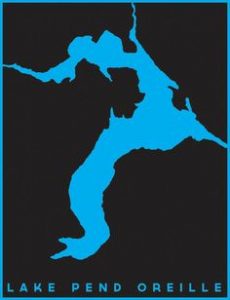 From 2016 until 2019, EPA will fund new scientific research leading to improved monitoring and improved targets in the next industrial stormwater permit, which is due in 2020. The research will be conducted by an independent panel of scientists assembled by the National Research Council, part of the National Academy of Sciences.  In the past, the National Research Council found that polluted stormwater from urban areas is the primary source of impairment for 13 percent of rivers, 18 percent of lakes, and 32 percent of marine estuaries that have been assessed.  It also found that industrial facilities are highly concentrated sources of stormwater pollution, especially toxic metals and chemicals, but that EPA’s current practices do not adequately monitor or respond to these sources of pollution. In 2009, the National Research Council (NRC) concluded that, “radical changes to the U.S. Environmental Protection Agency’s stormwater program are necessary.” This agreement gives NRC an opportunity to help define some of those changes.

“This settlement is so important and timely for Idaho since the state is currently seeking primacy,” said Shannon Williamson, executive director of Lake Pend Oreille Waterkeeper. “As part of this process, the Idaho Department of Environmental Quality must prepare and develop IPDES rules for the state, which must not be more or less stringent than EPA’s. By improving EPA’s MGSP now, Idaho will subsequently adopt rules that will be much more protective of our waterways in the future.”

For more information about the settlement, check out Lake Pend Oreille Waterkeeper’s website at www.LakePendOreilleWaterkeeper.org.