John Craigie’s new album Mermaid Salt is among his best

The first time I listened to John Craigie’s newest album Mermaid Salt, I played it backwards. I was in a small village in Mexico, drinking Pacificos as my friends shuffled through blinding December snow and wind back home.

Craigie is a folk singer who has been embraced as an honorary Sandpoint local after his close connection to many musicians in this town, including Laurie and Katelyn Shook of Shook Twins. Known as a musician who makes you laugh just as much as he makes you cry, Craigie has spent the past two decades touring the living rooms and main stages of America bringing his unique style to those who understand. Whether singing humorous songs about Skyping naked or melancholy ballads about his native state of California, Craigie is prolific with his art, and isn’t afraid to reinvent himself from album to album. Seattle’s The Stranger described Craigie as, “… the lovechild of John Prine and Mitch Hedberg with a vagabond troubadour edge.” I couldn’t have written it better myself. 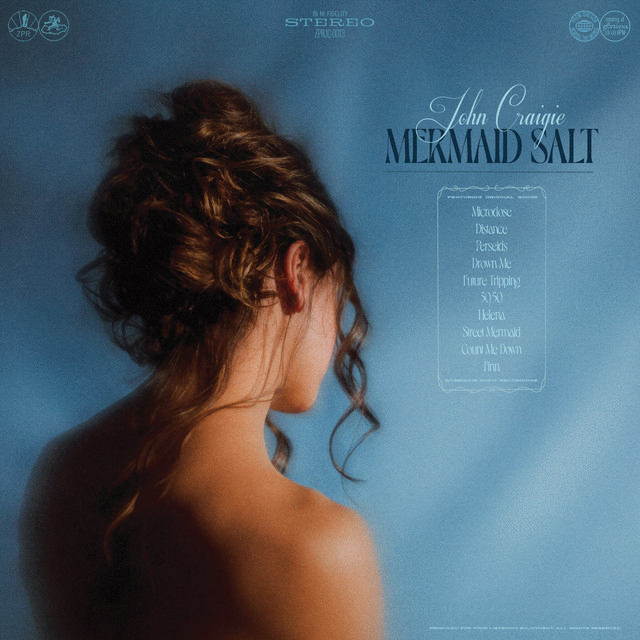 Craigie is slowly becoming a household name in the national music scene. He’s shared tours with Jack Johnson, headlined some of the biggest venues in the country like Red Rocks Amphitheater and the Fillmore and has gathered more than 40 million total streams online for his music.

I was taking a break from writing another failed attempt at a novel when my ringing phone startled me. I don’t normally travel internationally with it, but I wanted to be available for the Reader staff if they needed me before our dreaded weekly deadline day. It was Craigie on the other line, telling me he was nearing the final stages of releasing a new album and was interested in having me write something for the back cover.

“I’m going for this retro jazz album kind of vibe,” he said, pausing to listen as mariachi music blared in the background.

“I’m in Mexico,” I explained, trying to find a quiet room. (Fun fact: there is no quiet room in Mexico. It’s loud everywhere. And I love it that way.)

“Cool. Anyway, I want you to write something that’s not exactly a review,” he said. “I don’t really want any of that. I want it to be kind of weird — different, you know?”

He described what he was looking for and I knew exactly what he wanted. He sent a few examples of vintage album back covers, but I didn’t need to look at them. I had dozens of records back home, which all seemed to have the same 1950s hepcat-type write the back cover descriptions. The language was always purple, cryptic prose and described the album like a firefly buzzing through a starry night. So that’s what I did, and that’s what’s on the back cover.

Mermaid Salt is an especially distinct departure for Craigie. Written during the solitude and loneliness of the pandemic, Mermaid Salt had an ethereal quality to it. It was very well paced, with soundscapes and ambient noise blending perfectly behind his iconic voice. Instead of holing up in a studio somewhere, Craigie opted to set up shop at the OK Theater in Enterprise, Ore., with longtime collaborator Bart Budwig behind the board as engineer. A rotating cast of characters shuffled in and out of the space, including Sandpoint’s Justin Landis and Shook Twins, along with Cooper Trail, Nevada Sowle, Bevin Foley and Ben Walden.

“Instruments were scattered around the theater and microphones placed in various spots,” Craigie recalled. “It’s hard to say who all played what exactly.”

I agreed to write the back cover and got to work at the studio in Mexico. Cadie was on the balcony lying topless in the sun as three different speakers played three different songs outside in the dusty streets. A tiny gecko chirped occasionally from his sideways perch on the tiled walls. Because I incorrectly downloaded the songs Craigie sent, I ended up listening to the last song first, and so on, finishing with the first song.

To put it simply, I was hypnotized by Mermaid Salt. It was the perfect distance from his normal style, with electronic soundscapes bringing me right into his quiet world. The songs were instantly nostalgic, as if I was listening to them again after many years. It was like Craigie took all the noise and chaos of constantly touring and wrapped a warm towel soaked in mentholyptus around it. The whole thing felt like a delightful brain lozenge.

The words came quickly, describing what I was seeing from what I was hearing. I sent Craigie a first draft and, after some brief edits, sent him the final a couple of days later. Just last week, I received my copy of the album.

It’s strange, after owning and publishing my own newspaper for seven years, writing three original plays, one novel and countless other projects, I felt more pride after seeing my piece on the back cover of Mermaid Salt than any of those feats.

Maybe it’s the fact that I’m a musician who will never make it big and I’m living vicariously through one who is. Maybe it was the odd writing style I employed. Maybe I was still drunk from all those Pacificos I drank in Mexico. Whatever it was, I was immediately thankful that Craigie gave me the opportunity to grace his opus with my words.

As I wrote on the back cover, “What is there after three chords and the truth?” It is this, Mermaid Salt, a masterpiece of sound in the post-truth American West.

Listen to John Craigie on any of the streaming sites, and order Mermaid Salt at johncraigiemusic.com.