Despite Sandpoint’s reputation as a strong performing arts community, stand-up comedy is a rarity in the local nightlife. Mel Dick, owner of the 219 Lounge, is working to change that. 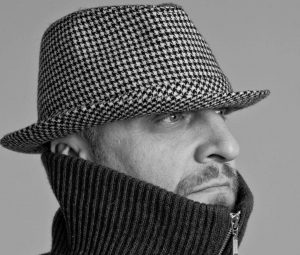 For the past two years, the bar team has been keeping an eye out for comedians living in or traveling through Sandpoint. After several successful shows, the 219 is set to host its biggest night of comedy yet on Feb. 25 featuring veteran comics Morgan Preston and Harry J. Riley.

“[These shows are] fun, upbeat, and entertaining,” said Dick, later adding, “People are looking for something entertaining and different.”

The 219 started experimenting with in-house comedy sets in 2015, following up on efforts to help produce fundraiser shows at the Panida Theater in 2012 and 2013. In all cases, the shows raised funds for Team Laughing Dog and 24 Hours for Hank, local philanthropic efforts advocating research for the rare genetic disease, cystinosis.

“[The comedy events we have had at the 219 Lounge ] were well received,” said Dick.

“[They] draw people from our regular customers as well as others looking for different entertainment such as comedy,” he added. 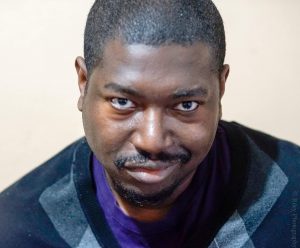 This year, the team is planning its most ambitious comedy show yet. Joining forces with the Greater Sandpoint Chamber of Commerce for its suite of Winter Carnival events, organizers are bringing in Preston and Riley for a co-headline night of comedy.

Preston will be familiar to those who have attended past 219 comedy shows. An inexhaustible touring comedian, he returns to the 219 with his in-your-face comic style.

“Alternative is a word that is thrown around in the comedy world, and I’m starting to think it means ‘not funny,’” he said. “Alternative means doing things in a different way from the norm thinking outside the box, and being successful at it.”

After partnering with Preston on a successful show, Dick is excited to bring him back for another night of comedy entertainment.

“We are fortunate to have developed a relationship with Morgan Preston, a nationally known comedian who lives in the Seattle area,” he said. “In addition to being a great comedian, Morgan is also a comedy show producer, author and actor who is well-known in national comedy circles with access to talent from all over the U.S. and the Pacific Northwest.”

Riley, meanwhile, hails from Spokane but brings much of his southern upbringing into his comedy. He’s been making some serious waves since debuting as a performer after a stint in the U.S. Air Force, winning the Spokane Valleyfest PG Comedy Competition twice and placing in the semi-finals of the prestigious Seattle International Comedy Competition. He also landed a role in the cable TV series “Z Nation.”

Between the laughs and a host of drink specials, this is a night of comedy locals won’t want to miss. It all takes place Saturday, Feb. 25, at the 219 Lounge, with doors opening at 8 p.m. and the show starting at 8:30 p.m. Tickets are $10 in advance or $12 at the door and include a Captain Morgan drink special.