It’s the most wonderful time of the year for Idaho lawmakers, lobbyists and political junkies.

With the holiday decorations back in storage and a new year begun, Idaho legislators are back in Boise for this year’s legislative session. Gov. Brad Little kicked the session off Jan. 6 with the traditional State of the State Address, expressing a vision of regulatory reform, education investment and infrastructure development. 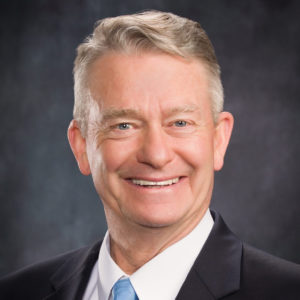 “I am committed to working with you to invest in education, continue reducing regulatory burdens, and increase all Idahoans’ prosperity and quality of life,” Little said, underscoring that his fiscal year 2021 budget limits General Fund spending growth to 3.75%.

“I want us to champion affordable health care, make Idaho safer, and promote healthy lands and waters,” Little said. “I want Idahoans to be confident in their state government.”

But it’s ultimately the Idaho Legislature’s job to determine the priorities for this year’s work. District 1 lawmakers will be doing just that in the weeks to come.

Sen. Jim Woodward, R-Sagle, sees Little’s speech as a useful blueprint for the discussions to come, with property taxes, Medicaid expansion and education funding being among the highest priorities.

“The first week or so of the session is somewhat of a warmup,” he said. “There are many discussions between legislators, between the House and Senate, and between legislative leadership and the executive branch.”

Woodward said that over the past 30 or 40 years, when Idaho has experienced economic growth, changes to the property tax system usually follow. With the state undergoing a population boom — the U.S. Census Bureau reports Idaho grew 14% between 2010 and 2019 — this year may be no different. The key will be finding an approach that keeps Idaho’s three-legged tax system, which relies on income, sales and property taxes, in balance. 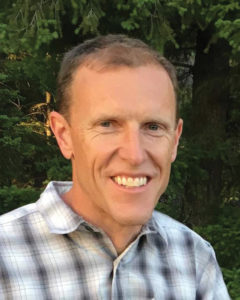 “The driver for the property tax discussion is economic growth, which typically results in rising residential property values,” Woodward said.

In his address, Little promised to “put money back into taxpayers’ pockets,” specifically by leveraging $35 million from the Tax Relief Fund to help lessen Idahoans’ grocery bills.

“Funds are again coming from savings in other areas of the budget as well as tobacco settlement money,” he added.

Little promised that his budget will fund a full year of Medicaid expansion “with a net-zero impact on the General Fund,” citing budget offsets from the Idaho Department of Health and Welfare, the Department of Correction, courts and the Catastrophic Health Care Fund. Counties would also be asked to chip with budget offsets of their own, “as Medicaid expansion begins to pay for services the counties used to cover,” Little said.

As ever, education will be a major focus this session. Revising the state’s education funding formula, which uses a dated attendance-based model, has historically been a tough nut to crack — lawmakers tried and failed to do so last year. This year presents an opportunity for a second stab at an agreement. Also on the agenda is implementing recommendations from Little’s education task force.

“[The task force] spent a good part of last year analyzing how to best improve our state K-12 education system,” Woodward said. “A significant recommendation from the task force is building out the third rung of the teacher career ladder.”

Little told the joint-session of the Idaho Legislature that property taxes are increasingly used to shoulder teacher salaries and operating expenses — specifically via supplemental levies like the one made permanent in November by Lake Pend Oreille School District voters.

That trend is prevalent throughout the state, and Little proposed to appropriate $30 million in ongoing General Fund monies as a “downpayment” for increasing educators’ salaries in the coming years. According to Idaho Ed News writer Kevin Richert, who provided analysis to Idaho Reports following Little’s address Jan. 6, that money will go toward veteran teachers who were “kind of left behind” with the career ladder. He predicted the $30 million teacher-pay item will be “a tough sell” with lawmakers. 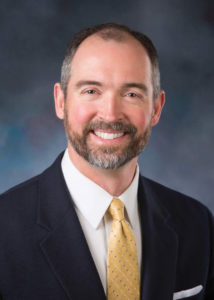 Another key issue facing the 2020 Legislature relates to regulatory reform. Little spent a good portion of his State of the State address touting efforts in 2019 by the Division of Financial Management — at the direction of two executive orders — to slash a sweeping array of state regulations. The review of the administrative code resulted in cutting or simplifying 75% of all state regulations, making Idaho “the least-regulated state in the nation.”

President Donald Trump and Vice President Mike Pence applauded Little’s efforts to cut regulation at a White House meeting in December, and the governor further underlined his commitment to purging state rules by vowing that his first executive order of the year will be to require state government to make such a review standard practice — a policy he dubbed “zero-based regulation.”

“Idaho’s statutes could use a good scrub, too,” he said, adding that he will bring more than 30 pieces of legislation aimed at repealing outdated laws.

Though Little was keen to highlight that his blitz through administrative code makes it easier for new businesses to start up and existing businesses to prosper, Rep. Sage Dixon, R-Ponderay, sees regulatory reform as a potentially tricky and contentious issue.

The reason Little and DFM were able to excise so many regulations in 2019 stemmed from a disagreement between the Idaho House and Senate that resulted in all existing regulatory rules expiring at the end of the previous session.

“This means that the Legislature will have to approve roughly 7,500 pages of rules at the beginning of the session,” Dixon said. “There is no clear way outlined to do this efficiently, and each chairman is attempting to find the best path forward to save time.”

It’s entirely possible that similar fights between the House and Senate could break out this year, according to Dixon. 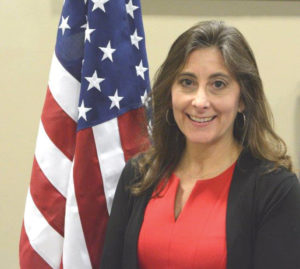 “Currently, if one body approves the rule it is enacted as law, regardless of what the other body does,” he said. “The House believes the rules review process should mimic our process for making law, with the requirement being both bodies need to pass a rule, while the Senate is less inclined to go in this direction.”

Disagreements on the rules issue, the budget and other dicey issues could well push the Legislature past its March 20 target date to end the session, Dixon added.

As for Rep. Heather Scott, R-Blanchard, she said she has little time to make predictions at the outset of a legislative session.

“As we know, every legislative session’s priorities are controlled by the leadership, but my priorities, as always, remain adherence to the Constitution, smaller government and serving the interests of the citizens no matter what legislation makes it to the floor,” she said.