Upon walking into the Talache Designs booth at the Farmers’ Market at Sandpoint, it becomes clear that no two pieces of jewelry are the same. Each dainty necklace or shining pair of earrings came from the mind of Suzy James, who has been selling her handmade, wearable art at the market since 2009.

James began making jewelry as a teenager, and rediscovered the passion in adulthood. After giving away her creations as Christmas gifts one year, James’ husband suggested that she attempt to make it a business. Thus, Talache Designs was born, and now James builds her signature pieces at a desk her husband built for her in a room with a view of her yard.

“It helps to have a great creative space, I think,” she said. “Sometimes I sit down and a whole day goes by and I don’t even notice … For me, it’s a really peaceful time.” 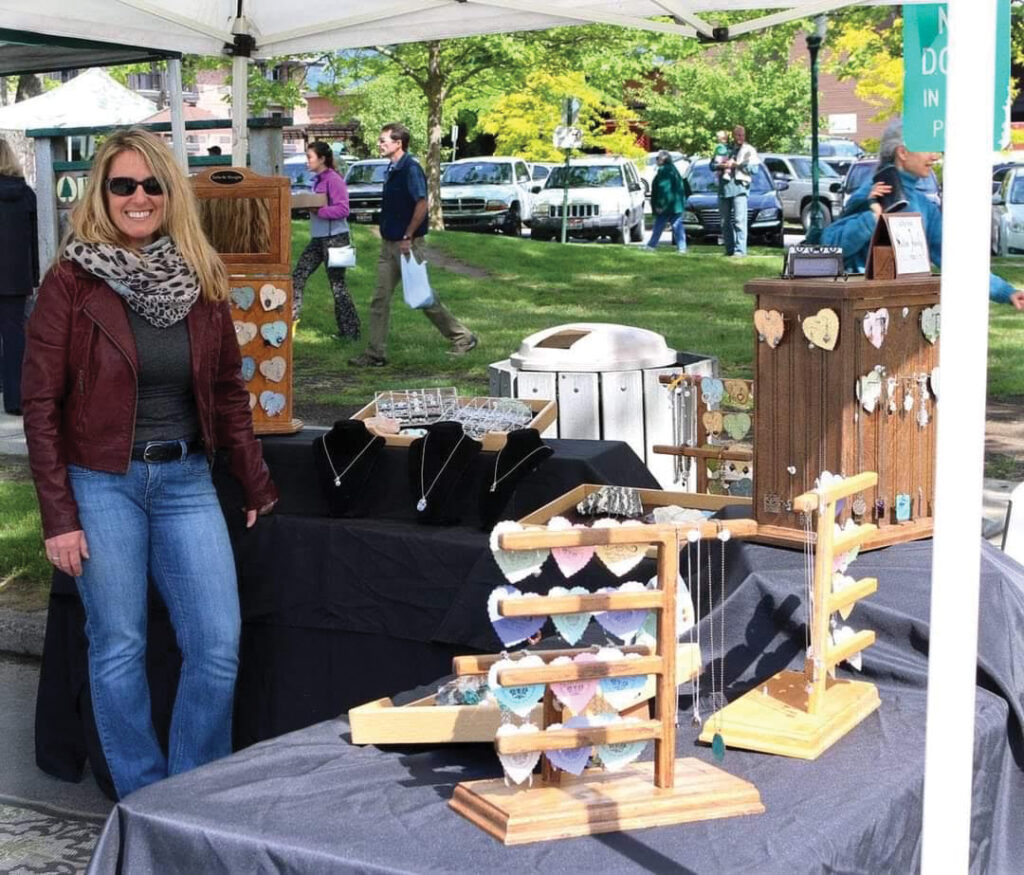 What starts at her home on Talache Road eventually makes its way onto wooden display racks in Farmin Park, and finally into someone’s personal jewelry collection. As the years have gone by, James said she’s been fortunate enough to see her work as it was intended — being enjoyed and displayed out in the world on friends and even strangers.

“It’s fun to run into somebody and they’re wearing a piece of your jewelry and you recognize it — that’s pretty cool,” she said. “I’ve been at the grocery store before, standing behind someone who I don’t necessarily recognize, and I recognize the piece [of jewelry] that I’ve made.”

James said she’s been able to include her children — all high school-aged and older — in her craft over the years. She said they’ve helped her set up and operate her Talache Designs market booth, and have even had a say in some of her creations.

“They help me at home with design ideas, they have suggestions,” she said. “It’s been a thing that they can be involved in.”

The positive feedback James receives is what keeps her returning to her work desk. She said it always touches her when someone chooses a piece of her jewelry as a gift for someone else — that a customer likes something so much that they want to share it with someone they care about.

“It feels really good,” she said. “That part is by far my favorite.”

It’s the sense of community that has kept James returning to the farmers’ market for more than a decade. Just like each of the pieces in James’ market booth is unique, so are the other vendors — even the jewelers, who James said she’s been fortunate to befriend over the years. 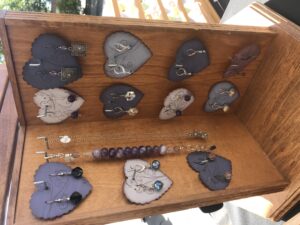 A close up of James’ jewelry collection. Photo by Lyndsie Kiebert.

“The cool thing about being an artist that even though you both make jewelry, it’s totally different because it’s a design that comes from within you — it’s a part of you. Two pieces aren’t going to be alike because they came from two different people,” she said. “I think we all compliment each other.”

Find Talache Designs at the Farmers’ Market at Sandpoint on Saturdays from 9 a.m. to 1 p.m. Select pieces will also soon be available at Carousel Emporium on the Cedar Street Bridge in downtown Sandpoint.