Dance band Tennis to play a bevy of shows this week

If you haven’t heard Tennis play live, you just haven’t experienced the music scene in Sandpoint to the fullest.

Known for their spot-on covers, quirky originals and indefatigable energy on stage, the three-piece rock band has a hardy following still, 13 years after they formed in Sandpoint. 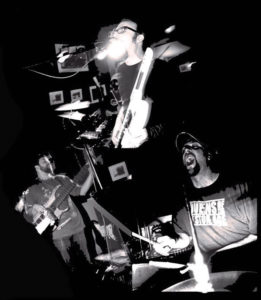 Tennis doing what Tennis does.

The trio is embarking on their “Teen Angst Tour” this week to commemorate 13 years of making it happen. Though frontman Brian Hibbard currently lives on the east coast, he manages to return to Sandpoint every year, where it all began, for a series of shows.

They kick it off at The Fat Pig restaurant on Thursday July 12 for a free show from 7-10 p.m. The next day, they’ll play Friday the 13th at MickDuff’s Beer Hall for a brewery bash from 8 p.m.-12 a.m. There will be a $5 cover charge for this show, which always packs the brewery.

Tennis plays two sets Saturday, July 14; Sandpoint BeerFest at Trinity at City Beach from 1-4 p.m. and later that night at Shangri La @ The Lake, a fundraiser for Underground Kindness from 5:30-9:30 p.m.

Come out this week and watch Tennis do what they do best: bring the rock. Wear your sweatbands and get ready to shake it. Long live Tennis!