Idaho has made national headlines in the past week both for its dramatic surge in COVID-19 cases — part of a nationwide trend of increased caseloads as the country heads into winter — as well as resistance both by public officials and private citizens to any efforts at mitigating its spread. Even as Idaho Gov. Brad Little moved the state back to Stage 3 reopening during a Statehouse address Oct. 26 — stating that the decision was “not made lightly” — he remained noncommittal about his administration’s seriousness in addressing the health crisis that has claimed more than 220,000 American lives over the past eight months, including 599 Idahoans as of Oct. 28. 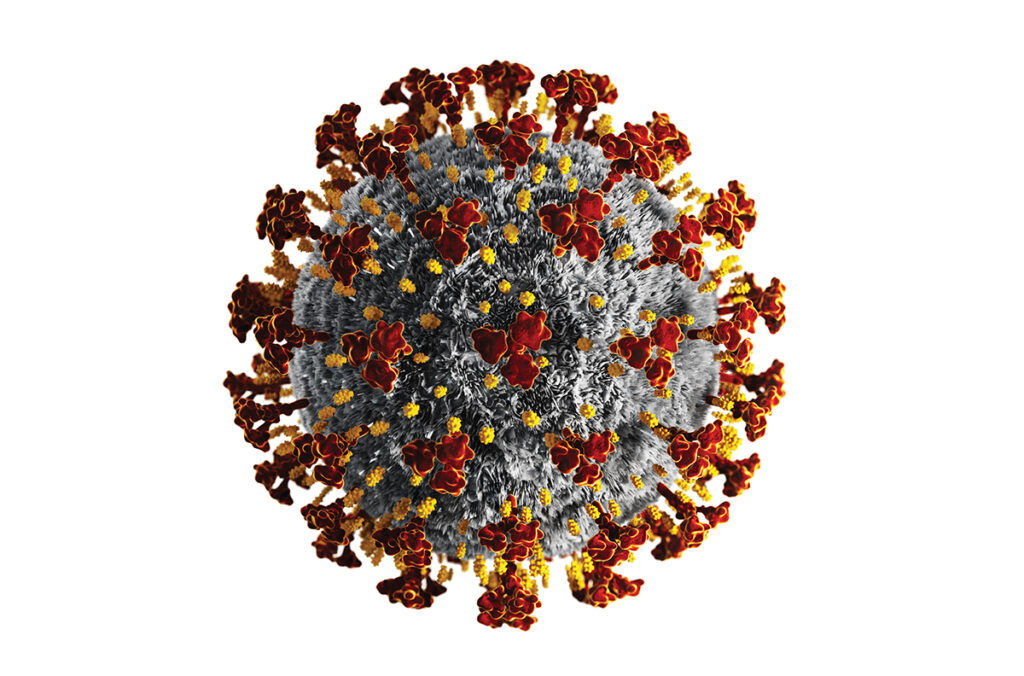 Little said he wants to chart a “middle path” for the state’s response to COVID-19, encouraging people to wear the face coverings that every reputable public health official, agency and care provider has stressed is the easiest, most cost-effective means of battling the virus, yet refusing to institute any statewide mandates.

The prior week, on Oct. 23, the Panhandle Health District board — composed of elected members — voted 4-3 to rescind the Kootenai County mask mandate, which had been in place since July. PHD Chairman Marlow Thompson, nurse Jai Nelson and Dr. Richard McLandress all voted against lifting the order.

Representing Bonner County, board member Glen Bailey said that while he recognized masking and social distancing do help limit the spread of COVID-19, the mandate limits people’s “choice and ability to comply or not comply.” The PHD vote came amid a record-breaking addition of 138 new districtwide cases in a single day and a plea from Kootenai Health — the area’s largest hospital — that it had reached 99% capacity for due in part to the coronavirus. The district reported 141 new cases on Oct. 28.

The city of Coeur d’Alene stepped in where some PHD board members refused, and instituted a city-wide mask order effective Oct. 27 — this despite protests outside the City Council meeting where demonstrators chanted “no more masks, we will not comply,” according to KREM 2 News.

Coeur d’Alene’s order will remain in effect for 90 days unless officials vote to end, modify or extend it. Violation of the mandate is an infraction that carries a $100 fine.

According to news reports, children 10 and under are exempt, as well as first responders and individuals with medical conditions. Coeur d’Alene police are permitted to ask maskless people about their medical condition but are not allowed to require proof.

Protests against masks have come to Bonner County, most recently with a demonstration on the sidewalk on Boyer Avenue east of Sandpoint Middle School. More than a dozen individuals, including students, stood with signs Oct. 23 protesting the mask requirement in district schools. At their meeting Oct. 27, the Lake Pend Oreille School District Board of Trustees heard from  a number of speakers opposed to masks on constitutional and perceived physical (and mental) health grounds. Surrounding school districts have responded to the rapid increase in cases by further limiting schedules to limit exposure. Kootenai and Boundary counties are both in the “red” category for incidence of community spread. Shoshone County is at “orange,” while Bonner and Benewah counties are “yellow.”

Meanwhile, a handful of Idaho lawmakers, including Lt. Gov. Janice McGeachin and Blanchard Republican Rep. Heather Scott, took part in a video released Oct. 27 by the right-wing lobby group Idaho Freedom Foundation, with some questioning whether the COVID-19 pandemic is real and generally decrying any pandemic response as government overreach.

In the video, Scott vows that any future emergency order related to COVID-19 “will be ignored.”

During a particularly surreal moment in the video, a smiling and business-dressed McGeachin sits in a military-esque van, holding a bible and talking about constitutional rights before producing a pistol and placing it atop the book. Released immediately after the governor’s announcement that Idaho would go back a stage in reopening, Little’s office has yet to issue a statement on the video and the participation in it of the lieutenant governor.