There are plenty of opportunities to help feed local families over the holidays by supporting area food banks. 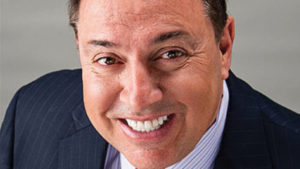 Few of those opportunities include enjoying the talents of nationally touring comedy acts, but thanks to the Panida Theater, those looking to lend a hand can also enjoy a laugh while attending the Comedy for a Cause night Friday, Nov. 15, benefiting the Bonner Community Food Center.

Headlining the night will be Richie Minervini — former owner of the East Side Comedy Club on Long Island, where big names in comedy like Jim Carrey, Ray Romano, Rosie O’Donnell and Eddie Murphy all got their start. Murphy was a high-school student when Minervini opened his club in 1979.

“Just before he went onstage, Eddie would take a brand-new pair of shoes out of the box and wear them onstage,” Minervini told the Daily News in 2007. “A different pair every night. Finally, I found out he worked in a shoe store. He’d put them back on the shelf the next day.”

In the world of stand-up, Minervini is largely credited with launching careers. Still, he originally opened the East Side Comedy Club as a venue for his own comedy, seeing as it was so hard to get onstage at the clubs in New York City. Since his club’s closure in 1995, Minervini has been touring and performing his own stand-up routines, the latest of which will come to the Panida stage.

Opening for Minervini will be Sam Cornett, Sandpoint handyman and musician with more than 30 years experience in recording and entertainment.

“The food bank fills a vital need for our whole community that we care deeply about,” said Panida Director Patricia Walker, “and we were happy to have this year’s Comedy for a Cause benefit them.”

Those who bring a nonperishable food item to the show will be eligible for a drink discount.