Timeline calls for adoption in February 2023

After about a year in limbo, City Hall is embarking on what Planner Amy Tweeten described as the “long-awaited restart” of Sandpoint’s Comprehensive Plan update.

The document is intended to guide land use decisions over the next 20 years; establish the vision, goals, objectives and strategies for the future of the community; and provide the legal basis for zoning regulations.

The current Comp Plan was adopted in 2009 and amended with a new section related to the airport in 2019, but standard practice is to bring the document up to date at least every 10 years. 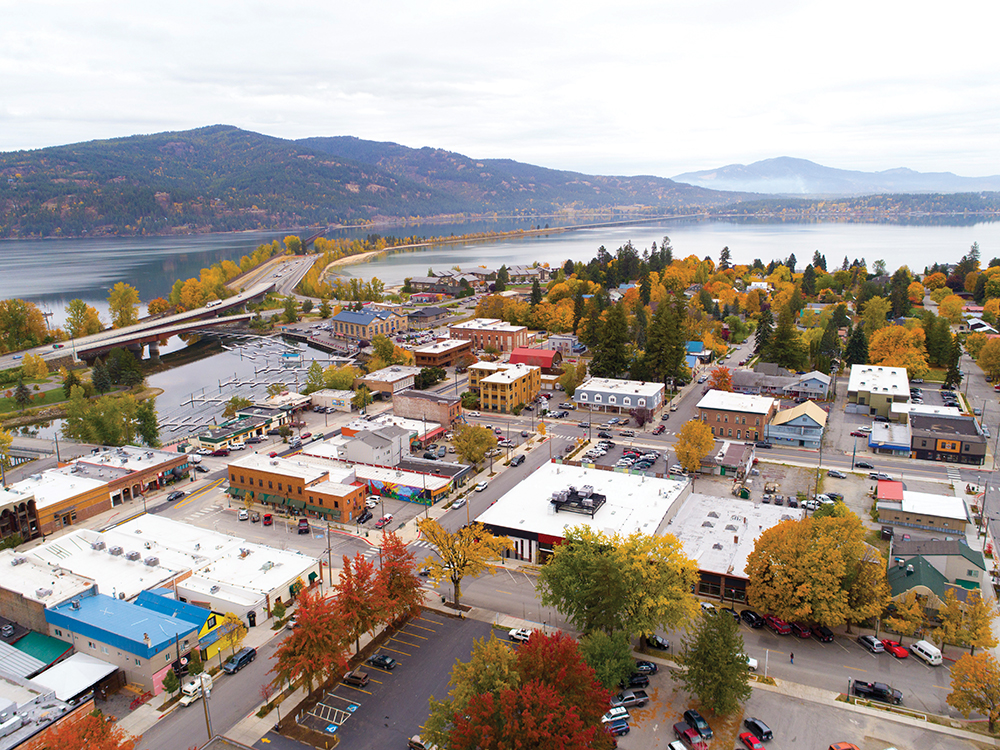 Tweeten said efforts to update the plan were paused in the fall of 2020 “due to loss of staff and increased demand on staff time for development reviews.” However, she added, a range of master plans covering parks and recreation, multi-modal transportation, and arts and culture were adopted throughout 2021, helping to inform portions of what city officials hope will be a fully updated Comp Plan adopted in February 2023.

Meanwhile, additional studies are ongoing related to land use supply and demand, utility rates and urban forestry, as well as an updated strategic plan.

The land use supply and demand study, which looks at housing growth and economics, is of particular importance “due to accelerated development pressures,” Tweeten said in an April 20 briefing before the City Council.

Data from that study is expected to be incorporated into the plan update process through June, with utility rates and strategic planning ongoing through September.

Under the “best-case scenario,” a critical piece of the puzzle will be addressed in November, when planners look at Sandpoint’s area of city impact. According to Tweeten’s presentation, the ACI encompasses 12.3 square miles north and west of the existing city limits.

Sandpoint City Administrator Jennifer Stapleton told the council that staff will return sometime in May with a memorandum of understanding to begin discussions between the city and Bonner County about how to best to reconfigure the ACI with an eye toward redrawing those boundaries in ways that best reflect how and where Sandpoint should, or even could, grow.

“We in no way have the capacity in our utilities to serve that [12.3-square-mile] area, not in the next 20 years, not in the next 50 years,” she said, adding that the ACI should be much smaller.

Bonner County has already asked local cities to enter into negotiations with the goal of shrinking their areas of city impact, and Stapleton said doing so could serve multiple interests.

Currently, when development occurs within Sandpoint’s ACI, the county notifies the city and the city is given the opportunity to comment. In the future, the city could propose an agreement with the county that development within the ACI proceed in accordance with Sandpoint building codes and standards and be subject to its fees and reviews.

“The influence would be significantly different,” Stapleton said, adding that while the county has indicated it is willing to enter such an agreement, in exchange the commissioners would like to see a decrease of that area in order to drive density away from the more rural areas and closer to city services.

“In that sense it seems that we have alignment,” she said.

City Councilor Jason Welker applauded the potential discussions with the county, noting that there has been “a lot of anxiety in the county about sprawl.”

“By shrinking the area of city impact and limiting the sprawl into the real rural part of the county, we could relieve some of the pressure on the upzoning,” he said. “Right now there’s nowhere to live in the cities, so there’s excessive pressure on the rural areas for subdivisions. … We’re serving a lot of interests by starting this dialogue with the county.”

Tweeten said the community will have additional opportunities in the coming months to provide feedback on the Comp Plan “jump-start,” building on the outreach already conducted in 2020.

To view the current Comp Plan, and other community plans, go to sandpointidaho.gov, click “Your Government,” “Community & Building,” then “Community Plans.”