The long road in the city’s effort to reclaim its downtown streets recently got a little longer.

Sandpoint city officials announced this week that the roadwork on Fifth Avenue to divert U.S. 2 traffic from downtown streets will wrap up this spring instead of the original end-of-November deadline. According to Sandpoint Public Works Director Ryan Luttmann, the delay brings several public safety and communication benefits without any significant downsides. 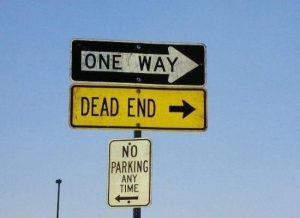 “Working together [with the contractor and Idaho Transportation Department], we threw out whether there would be additional costs to delaying the project, and there weren’t really any identified,” Luttmann said.

The Fifth Avenue roadwork will provide the necessary infrastructure to enact the planned transition to two-way traffic on most downtown streets. However, according to Sandpoint Mayor Shelby Rognstad and Planning Director Jennifer Stapleton, rushing to complete the work before winter presented several difficulties.

Prominent among them were communication challenges, Stapleton said. Given the variety of people coming in and out of town, there was no feasible plan to reach yearlong residents, out-of-town visitors and seasonal residents before the November deadline.

“Now we have more time to answer what a two-way downtown will look like,” Luttmann said. “Another thing it gives us more time to do is plan out operations, like snow removal, from the downtown area.”

The two-way switch combined with the imminent snowfall was also a public safety risk, Rognstad said. With road lines soon to be covered by packed snow, city officials worried that motorists would end up driving the wrong way.

“[Public safety officials] were concerned that without enough time for the transition, it might pose a public safety threat,” Rognstad said.

Finally, the delay will solve practical problems like the weather-related difficulty of painting road lines. Roadwork is set to resume at the beginning of April and is expected to conclude by the end of April before the 2017 Lost in the ‘50s.

The delay means that city officials and downtown business owners will have wait a little longer before Sandpoint regains control of ITD-managed highway routes along Pine Street and First Avenue. City control of those streets is a necessary step to enact a suite of infrastructure, utility and beautification improvements throughout downtown Sandpoint. These include better stormwater management, improved pedestrian and bike access, increased parking and the planned Farmin Landing, which will enhance the Sand Creek areas behind the Panida Theater and visible from the byway.

“That is essentially the front porch for downtown,” Rognstad said. “To make that area visually attractive and inviting and represent the best of what Sandpoint has to offer, I think, is a real opportunity for us.”

Public outreach and workshopping for downtown enhancements will begin in early 2017. Century West Engineering will oversee phase one of the reversion project.

“One of our most significant priorities in selecting Century West was their reputation for public involvement,” Stapleton said.