Selkirk Outdoor Leadership and Education has long been a partner with the Backcountry Film Festival. But never before has it been the star of the show.

This year, the long-running collaboration between SOLE and the touring film show takes on a more personal quality with the debut of “SnowSchool,” a festival-featured movie about the local nonprofit’s work in environmental education. Locals will see some familiar sights when they catch the short film—along with all the other great festival movies—at its Panida Theater screening on Friday, Dec. 2. 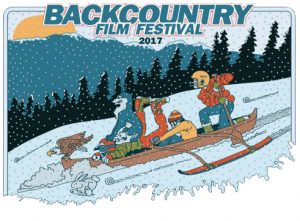 A collaboration between SOLE and filmmaker Scott Rulander, “SnowSchool” focuses on SOLE’s place-based snow education program that covers snow-science, winter ecology, outdoor living, travel skills and avalanche awareness. Each winter, fourth- through 12th-graders take to Schweitzer on snowshoes to study their natural environment. “SnowSchool” combines insights from educators like Lake Pend Oreille School District Superintendent Shawn Woodward with footage of the snow school program itself, which is just one of dozens of snow schools across the country.

“The goal is to connect our local area youth to a sense of place—that is, their watershed—and its importance,” Webb said.

That made “SnowSchool’s” selection by the film festival committee all the more validating. While Webb knew that SOLE and the Backcountry Film Festival shared similar values, it was gratifying to learn that festival officials felt the program was worth sharing with thousands of audience members.

“It’s a recognition that our work is really important and should be highlighted,” he said.

The program isn’t just a chance to learn about regional ecology, Webb said. By comparing data collected on-site to larger trends happening throughout the world, students learn of their connection to a global ecosystem. That makes “SnowSchool” an apt choice for inclusion in a film festival screened in more than 100 theaters across the nation and in several countries.

“What’s really neat is that students are able to make more global connections and conclusions,” Webb said. “And it starts in their watershed.”

“SnowSchool” isn’t the only noteworthy film audiences will see at the Panida Theater next week. The festival will also span the worlds of trail guiding, action sports photography, trail running and the wintertime beauty of public lands. It’s a great lineup for a festival dedicated to connecting audiences around the country with their natural environments, a mission that has earned it nationwide acclaim. AmericanTowns Media recently included Backcountry alongside the likes of Roger Ebert’s Film Festival in its must-see festivals of 2016.

“The Backcountry Film Festival is known by and large as a festival that celebrates the human power of the backcountry experience,” Webb said.

The event also serves as one of SOLE’s primary annual fundraisers, which fuels its effort to educate all students regardless of family income. In the coming season, the nonprofit will work with more than 450 local students. To support the effort, drop by a SOLE meet-and-greet from 5-8 p.m. on Wednesday, Nov. 30, at Idaho Pour Authority. And don’t miss the 12th annual Backcountry Film Festival on the Panida screen a few days later.

“We encourage people to come out and support their local outdoor education nonprofit,” said Webb. “We are totally grassroots, so we really depend on the success of this event to provide snow school education for local area youth.”

Catch the Backcountry Film Festival Friday, Dec. 2, at the Panida Theater. Doors open at 6 p.m., and the festival starts at 7 p.m. Tickets are available at Evans Brothers Coffee Roasters, Alpine Shop, Eichardt’s, and the Panida Theater or online at www.panida.org. General admission costs $10.50, or SOLE supporters can buy a donation entry with three raffle tickets for $21. Just one donation ticket is enough to put a local student on the snow for a day.