The stories behind them

In honor of the Christmas Carols you are by this time of year, undoubtedly unable to escape (does every store really have to be playing “Jingle Bell Rock”?), here is a brief history of two such spirited holiday tunes and an opportunity to view the sound of Christmas cheer in new light.

The song known today as “Carol of the Bells” has one of the farthest-reaching histories of all Christmas tunes. The haunting four-note melody at its core comes from a pre-Christian Ukrainian folk song called “Shchedrivky,” which celebrated the coming of the New Year, held mid-April, and the return of spring. The original words speak not of snow but of lambs and swallows.

When Christianity arrived in the Ukraine, the New Year was moved to Jan. 13 and new traditions were introduced. Young girls would go door to door on New Years’ Eve singing songs of well-wishing, “Shchedrivky” among them. At each home, they were given treats and baked goods by their fellow villagers.

Years passed and “Shchedrivky” faded into history, where it remained until 1916. In that year, Ukraine was embroiled in political upheaval. The First World War was in full swing and the Ukrainian War for Independence would soon break the country into pieces. In the midst of this uncertainty, a choir director commissioned composer, Mykola Leontovich to write a song based on Ukrainian folk melodies. While his exact motivations cannot be known, it is easy to imagine a man hoping to remind an uneasy people of their shared history.

Leontovich discovered “Shchedrivky” in an anthology and composed a new choral work around its melody. The Ukrainian National Chorus took up the song and performed it throughout the world. When American choir director and arranger Peter Wilhousky heard the song a few years later, he was reminded of bells. He devised his own English lyrics and, in 1936, published an English version celebrating Christmas and the holiday season.

“Carol of the Bells” as it was named in English, became popular almost immediately. It has been recorded and adapted by many artists in a great number of styles. Today there are at least thirty-five different versions available. While its popularity soared worldwide, “Shchedrivky” is still sung around New Years Eve in Ukraine. There it continues to signify the promise of a new year and better things to come.

“Silent Night” is a song surrounded by myth. A particularly popular version says it was born out of necessity when an organ ceased to play after it may or may not have been sabotaged by malicious mice. The truth is much more simple. A young German priest named Joseph Mohr penned the words in Mariapfarr, a small Austrian village. The poem is though to be inspired by the quiet snowy countryside surrounding him. 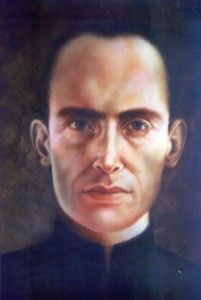 Two years later, Joseph visited his friend, a musician and schoolteacher named Franz Gruber. He brought with him his poem and a request. Joseph asked Franz to compose a guitar accompaniment so that the new song could be sung at midnight mass. It was Dec. 24. Franz must have been excellent under pressure because only hours later, the two stood in St. Nicholas Church and, with a choir behind them, performed “Stille Nacht” for the first time.

Perhaps the most powerful event in the history of “Silent Night” wasn’t its creation or its rise to popularity, but another Christmas Eve, a few decades later. It was the end of the year 1914 and a divided Europe was engaged in the largest and most devastating conflict to date. Men hunkered behind trenches for 440 miles of Western Front, unable to break through, unable to stop fighting. 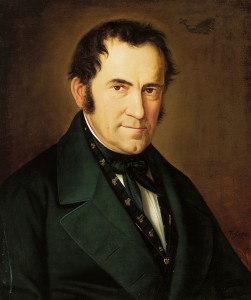 On Christmas Night, in clusters all along the Western Front, the German soldiers lit candles and began to sing Christmas carols. When they sang “Silent Night,” the British soldiers on the other side joined in. It was the carol both sides knew well. Witnesses say the English and German words could be heard together. Soon afterward troops from both sides crossed No-Man’s-Land (the area between the trenches). They exchanged gifts and collected their dead for burial. The unofficial ceasefire lasted through the night and into Christmas Day. For one day, in the midst of a war tearing the world apart, all was calm.