The council vote brings an end to what was a lengthy, often controversial hiring process and a central issue of debate during the Sandpoint mayoral race in November. The new position represents a significant restructuring in city function, with the mayor and department heads ceding some of their administrative responsibilities to a centralized office. 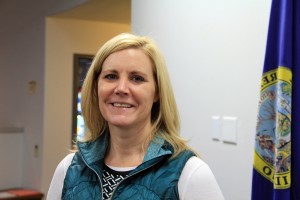 “I think it’s awesome,” said Mayor Carrie Logan. “Jennifer fits the bill with her whole skill set and an approach to government that we like.”

Stapleton brings with her nearly 20 years of experience in administration. She holds a bachelor’s degree in political science from Gonzaga University and a master of public administration degree from Eastern Washington University.

Since Stapleton’s selection by the Logan’s mayoral hiring committee, she’s spoken with the city’s department heads to discuss which of their responsibilities she could take off their plates. The idea is to improve efficiency and give department heads time to focus on more immediate concerns.

“For example, is the chief of police writing grants really the most effective use of his time?” she said.

She also brings with her years of grant writing experience, and that’s another area she thinks will be improved by a centralized administrative approach. For example, the regulations governing federal and state grants change frequently, and it’s easy to fall out of good standing without proper administration. That can affect the availability of future funding.

For Stapleton, the opportunity to serve as Sandpoint city administrator is a dream come true. Previously the director of  grants management and financial assistance for the city of Spokane, Stapleton and her family frequently vacationed in the North Idaho community. She said she and her family have dreamed of an opportunity to live here.

“We’d always talked about moving here long term,” she said. [When learned about the job], I said to my husband there it is , there is my dream job.”

Stapleton learned about the job opening from a Bonner County Daily Bee headline while boating with her husband in Sandpoint this summer. In a strange twist of fate, the box displaying the newspaper was broken and the issue inside was a couple weeks old.

“That box was broken for me,” she said.

As she begins work with the city, Stapleton is excited for the future. She feels Sandpoint is poised for tremendous growth in the coming years and is happy to be on the ground floor of that progress.

“I think this is a great community, and the future is really bright,” she said. “I think the city is on the brink of some very significant changes, and I’m excited to be here at this point.”