‘Waiting for the Barbarians’ at the Panida

We have met the enemy and they are us

There was a time, not so long ago it seems, when the idea of a movie starring Johnny Depp and Robert Pattinson flying under the radar would have been unthinkable. That seems to have been what’s happened with Waiting for the Barbarians, which made the festival circuit rounds in late-2019 — racking up a respectable number of approving critical nods — before silently retreating into “art house” obscurity. 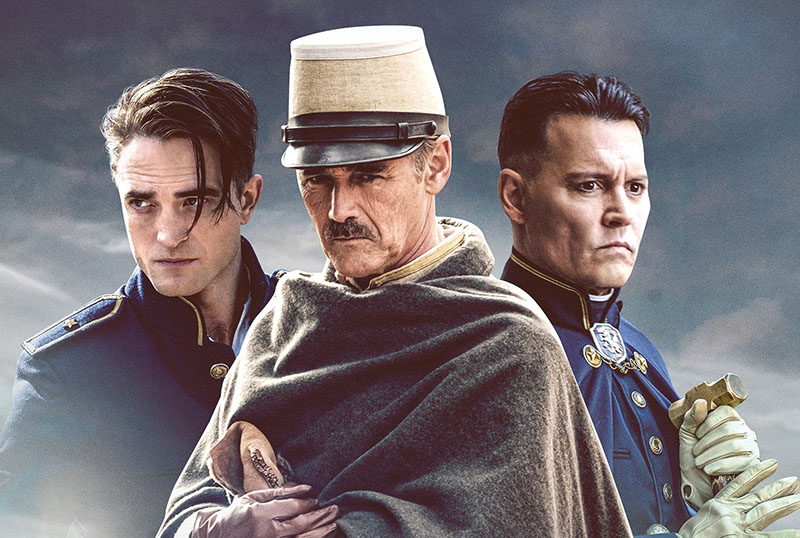 That’s a shame, considering the ever-stellar Mark Rylance rounds out the trio of marquee performers, and the source material comes from the eponymous 1980 novel by none other than Nobel laureate J.M. Coetzee. The South African writer (now in his 80th year) even penned the screenplay, which was brought to life by Colombian director Ciro Guerra, whose Embrace of the Serpent earned an Oscar nomination for Best Foreign Language Film in 2015.

Sandpoint cinephiles are in luck, however, as the Panida Theater is hosting Waiting for the Barbarians as part of its streaming film series through Sunday, July 26. Visit panida.org, pay $12 and get access to the movie for three days.

Threading together themes reminiscent of Franz Kafka and Joseph Conrad, Waiting for the Barbarians takes place on the arid fringes of a nameless, fictional empire sometime seemingly in the late-1800s or early-1900s. A broad-minded bureaucrat called only “The Magistrate” (Rylance) is preparing to retire from his long, quiet tenure as chief officer at a forgotten imperial outpost, where he has managed to balance colonial dominion with a live-and-let-live philosophy that keeps the peace with the natives — whom he calls “the nomads.”

This delicate tranquility comes to an abrupt end when, ostensibly investigating rumors of unrest in the desertified borderlands, the state police in the imperial capital dispatch Colonel Joll (Depp) and, later, his maniacally enthusiastic adjutant Officer Mandel (Pattinson) to take matters in hand.

Kitted out in ink-dark blue uniforms and jackboots, Joll and Mandel spin the formerly sleepy border post into a charnel house of torture and oppression, bringing The Magistrate full-face with the brutal nature of the machine he’s been serving all along and — as we 21st-century Americans know all to well from our neoimperialist adventures in Afghanistan and Iraq — going a long way to creating the very problem they were sent to avert.

Meanwhile, the fault lines of loyalty, humanity and barbarism criss-cross the bleak landscape, which not unlike Conrad’s Congo or Kafka’s Castle becomes a graveyard for so-called “civilization.”

Tags: panida theaterwaiting for the barbarians