There was a time when what you thought about guns didn’t somehow indicate your opinions on everything from electric cars to the germ theory of disease. There was also a time when firearms were tools, rather than political props, and certainly not markers of identity tipping into religious zealotry. We do not live in that time. Despite what numerous — especially Democratic — pundits have said going back to 2019, guns and “gun control” very much remain “the third rail of politics,” if not in the United States then certainly in places like Idaho. 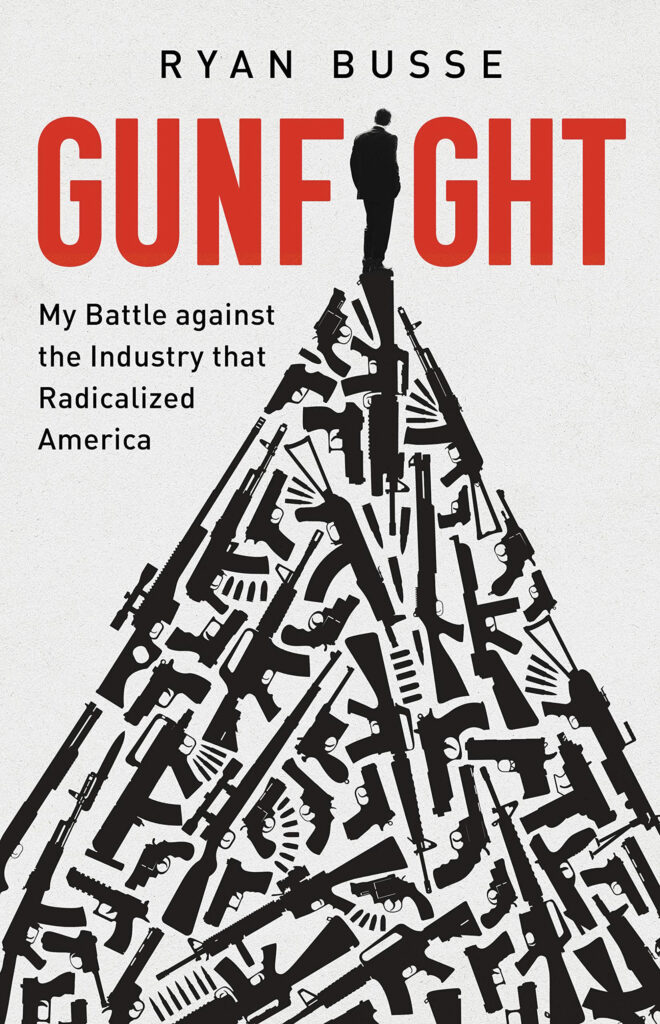 Yet it wasn’t always this way, and the mutation of gun politics into their present toxic condition has occurred in a shorter period of time than we may think.

The ban on civilian ownership of automatic weapons, mandated background checks for handgun purchases, the prohibition on non-sporting foreign-made semi-automatic firearms and the so-called “assault weapons ban” were all enacted, proposed or were actively supported by Republican presidents (whether in or out of office) during the 1980s and 1990s. Even as recently as 2008, then-President George W. Bush signed a law to strengthen background checks.

More than a dozen years later, even the merest hint of “gun safety” legislation is met with thunderous accusations of “gun-grabbing” at best and “tyranny” at worst, coming from a constellation of gun lobby and activist groups. Entire political constituencies — and therefore candidates — frame their worldview through a gun sight, with foundational ramifications for the functioning of American society.

Some of that history of how we got here, and what it means for our present reality, is the subject of Gunfight: My Battle Against the Industry that Radicalized America, by Ryan Busse.

Published in late 2021, the book tells the equal parts personal and political story of how Kansas-born, Kalispell, Mont. resident Busse transformed from a country kid who loved hunting into one of the most respected executives in the firearms industry to one of its fiercest critics.

It’s a rare perspective. Busse is everything that the National Rifle Association used to celebrate: a conservation-minded outdoors lover and hunter committed to the sport, history and craftsmanship of firearms. In Gunfight, he explains that those qualities were exactly why he got into the gun business in the mid-1990s, landing a job first at a scope manufacturer, followed by then-startup Kimber.

He brought his work ethic and love of quality firearms to Kimber as a salesman, where he rose through the ranks despite the colorful chaos generated by his boss — a half-cocked Aussie whose antics include strip club breakfasts, shady trips to Costa Rica and more-than-dubious bookkeeping.

In many ways, Busse saved Kimber, vaulting it into the front ranks of the gun industry. At the same time, he and his company gravitated ever nearer to the orbit of the NRA and the form of radical politics it increasingly espoused amid the presidency of Bill Clinton.

Enjoying such success, however, helped blind Busse to the growing corrosiveness of those politics. Even as the country slipped into a series of terrorist events and mass shootings, including at Columbine, the gun business took off; and, despite some stirring misgivings about the culture of fear being actively cultivated by the NRA and its partner politicians, Busse went along for the ride.

Going into the first years of the 21st century, Busse started to ruffle feathers within the gun lobby and industry. A pivotal moment came in 2003 with the Bush-Cheney energy plan, which aimed to open large swaths of undeveloped land for industrial use. Busse, a lifelong outdoorsman, was particularly horrified that the Badger-Two Medicine area south of Glacier National Park could be exploited under the plan.

As a self-described “red-meat gun executive,” Busse delivered a speech at the National Press Club in Washington, D.C. criticizing the Bush plan as anathema to the interests of outdoors lovers — including gun owners. He had, however, run afoul of the industry, NRA and other gun lobby groups in breaking ranks against a Republican.

“In the world of the NRA, just that simple dissent was enough to prove I was a dangerous subversive who was not 100 percent loyal,” Busse wrote in Gunfight, going on to describe the resulting wave of hostility — including the accusation that he supported communists.

“This troll attack was an important piece of the NRA’s political machine that eventually manifested itself in armies of MAGA hats, armed amateur militias and resistance to mask mandates during the COVID crisis,” he added.

Those realizations would come in time, as Busse committed himself to trying to change the gun business and lobby apparatus from the inside. However, his struggle became ever more difficult as powerful political and industry forces married the act of gun ownership to a galaxy of other extreme ideological positions — few if any actually related to guns themselves, but rather engineered to gin up the necessary paranoia to boost sales.

As he wrote, “Encouraged by the NRA, our entire industry seemed willing to accept the ideology and rhetoric just as long as these abstractions sold guns and built careers. After all, how bad could it really get?”

It’s a gripping story, which Busse unfolds with colorful characters and cinematic prose — so much so that it’s a matter of if, not when, Gunfight shows up as a Netflix limited series. For now, it’s an urgent and penetrating portrait of poisoned (and poisonous) politics that deserves attention.