‘Building the airplane while we’re flying it’

Trying to describe the rollout, administration and distribution of funds from the Paycheck Protection Program, national media headlines in recent weeks have been filled with words like “chaos,” “extremely disappointing” and “troubled.”

The so-called PPP, a component of the Coronavirus Aid, Relief and Economic Stimulus Act rushed through Congress and signed by President Donald Trump in March, is an emergency lifeline administered by the Small Business Administration and intended to help employers cover payroll while their businesses are shuttered, customer traffic is nil or cash flow constraints demand their workers go on furlough. 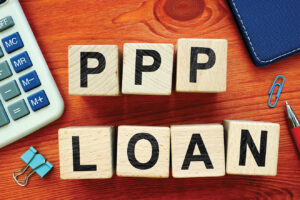 An initial round of $349 billion in funding approved by Congress ran dry within two weeks of the program launch on April 3. According to U.S. Treasury Secretary Steve Mnuchin, the SBA processed 14 years worth loan applications in those 14 or so days.

Almost immediately after the coffers emptied April 16, complaints surfaced that big public corporations and giant financial institutions had taken more than their fair share from the program, which was intended to help small business.

A second round for the PPP opened April 27 with an additional $310 billion in funding and some new rules to make access more equitable for smaller banks and borrowers, such as limiting access to lending institutions with less than $1 billion in assets through April 30. Yet, the systems used by SBA to receive the applications crashed amid the crush of traffic coming from lending institutions scrambling to file on behalf of their clients.

Even with those constraints, analysts predict the second tranche of funding will be claimed even faster than the first.

However, according to some area banking professionals, all things considered, PPP has played out more successfully on the local level than the national reporting suggests.

“Under the circumstances, the SBA was given virtually no notice or lead time or any sort of runway to develop the Paycheck Protection Program operating procedures,” said Scott Anderson, president and CEO of Mountain West Bank, a division of Glacier Bank. “I would commend the SBA for getting done what they did get done — essentially building the airplane while we’re flying it, and really getting the program up and running.”

While recognizing that the SBA has “taken a lot of shots and some criticism,” Anderson, speaking from Coeur d’Alene, pointed out that lending institutions, borrowers and regulators alike are in uncharted territory, trying to navigate processes and guidelines that can change often within a day.

“It’s been all hands on deck here at Mountain West Bank,” he said. “It’s a significant disruption to our routine … and our routine has already been altered by the COVID-19 stay-at-home order and social distancing. This is just an additional challenge thrown into an environment that we haven’t been operating in for very long.”

Eric Paull, vice president and relationship manager at Washington Trust Bank in Sandpoint, also said it’s been a “hectic” experience trying to keep up with the pace of demand for loans, as well as ensure that all the guidance is being followed while also meeting aggressive timelines — all while racing the clock to transmit borrowers’ information before the funding pool runs out.

That said, Paull added that Washington Trust began preparing for what managers knew would be a fluid, high-intensity period by “digging in and getting ready for it the week of March 16.”

“We were ready the weekend of April 3-4 and started contacting our client lists,” he said. “We were proactive in getting what we knew out to them.”

With 40 offices in Idaho, Washington and Oregon, Paull said his institution processed and approved upwards of 3,500 applications worth a combined $1.21 billion in the first round. He personally processed more than 60 loans during that time — all of them for local small businesses.

“It was pretty busy,” he said, though added that he was “batting 1,000. Everybody that I touched got funded.”

Speaking only for Mountain West Bank and its 21 branches in Idaho and eastern Washington — not its parent company Glacier Bank — Anderson said the institution successfully approved, closed and funded more than 1,500 loans in the first round.

The North Idaho team processed 308 of those loans, totalling $22.7 million and representing 2,716 jobs. Anderson said about 20% of all loans processed by Mountain West Bank during that time were in Boundary and Bonner counties. He expects round two will exceed 500 loans division-wide.

Asked to describe the average PPP borrower among his banks’ clients, Anderson said they are “all over the board.” That said, “we don’t have any large, publicly traded customers applying for PPP loans.”

“Businesses had to have less than 500 employees, which is pretty much all of our employers here in North Idaho,” he said. “Business with less than five employees I would guess accounts for about two-thirds of that volume.”

As with Anderson, Paull applauded the SBA for “a marvelous job, considering what was thrown at them and the unknowns.”

“I would not point a negative finger at them,” he said.

According to Greater Sandpoint Chamber of Commerce President and CEO Kate McAlister, who also serves on the Sandpoint City Council, in talking with local business owners she has heard that “those who went through their banks, the process wasn’t too bad; others who had done it on their own seemed to have a few problems, but they don’t do this for a living.”

For local employers who either haven’t yet applied for PPP funds, or are still waiting for loan approval, she recommended going through their local banking institution, connect with the local SBA organization or contact the chamber and Bonner County Economic Development Corporation, the latter which has secured funding to support local businesses with a range of needs.

Though both Anderson and Paull reported success in working with their clients to work through the program, there has been frustration and anxiety as borrowers try to navigate the ever-evolving system — sometimes finding their applications held up by incomplete information or other paperwork problems to the extent that they miss the window for available funds.

Anderson said accurate, easy-to-understand applications can be entered into the SBA system in about five minutes; however, missing or incomplete information or documents can drag out the process by hours or even days of back and forth between the lender and borrower.

“There is pressure coming from a couple of different directions: a scarce resource disappearing — program funding — and then trying to get the pig through the snake, if you will, here internally doing a significantly larger amount of volume in a business day or per hour or while our network is able to be up and available to do that sort of stuff,” he said.

The swiftness with which the guidance changes can also be nerve wracking, as can occasional slow communication from the feds.

“We got information on the 24th of April that says, ‘Here’s how to calculate the loan program,’ well, we’ve been doing this since April 2 or April 3,” Paull said. “We took the initial guidelines and we’re pretty confident that the way we calculated it, our clients are OK. But there are other nuances that when SBA says they might do something differently in the future, it kind of makes you nervous.”

For instance, Paull added, he has some clients that even after four weeks are still hearing guidance on how to calculate their eligibility, but is “confident it’s all going to work out.”

A big point of uncertainty — beyond whether a specific borrower will be approved — is how to approach the debt forgiveness portion of the program. According to current guidelines, PPP recipients have eight weeks in which to expend their loan, after which time they are required to report to the bank how they spent the money. The bank then forwards that information to the SBA, which has 60 days to issue a determination on whether the borrower followed the terms of their initial application.

Depending on whether discrepancies are found in those records — and their magnitude —  borrowers could be on the hook for some or all of what they received from the program. Repayment would occur at a rate of 1% over a two-year term, amortized over 18 months.

“You’ve got to make sure you account for every penny exactly how it should be spent [based on the approved application],” Paull said. “We’re hopeful that the majority of our clients will get the forgiveness. … [But] it’s going to be hectic during those few days because everybody is going to be wanting that forgiveness.”

Anderson agreed that the next six months will be the real crucible for the PPP.

“Where the rubber meets the road on this is with how smoothly the debt forgiveness part goes,” he said. “I use the metaphor of building the airplane while we’re flying — the debt forgiveness part of this I would liken to the landing gear: an important piece of equipment to flying the airplane that was still being constructed as we were taking off and getting it into the air.”