Opinion advises commissioners, who will make the final decision on ARPA funding

After months of discussion and promises, the Bonner County Prosecutor’s Office has delivered an opinion on the possible “strings attached” to spending American Rescue Plan Act funds. The eight-page document, presented to county commissioners during a public workshop Feb. 16, concludes that Bonner County would not be required to enforce coronavirus-related mandates should it accept and spend the money — about $9 million in total. 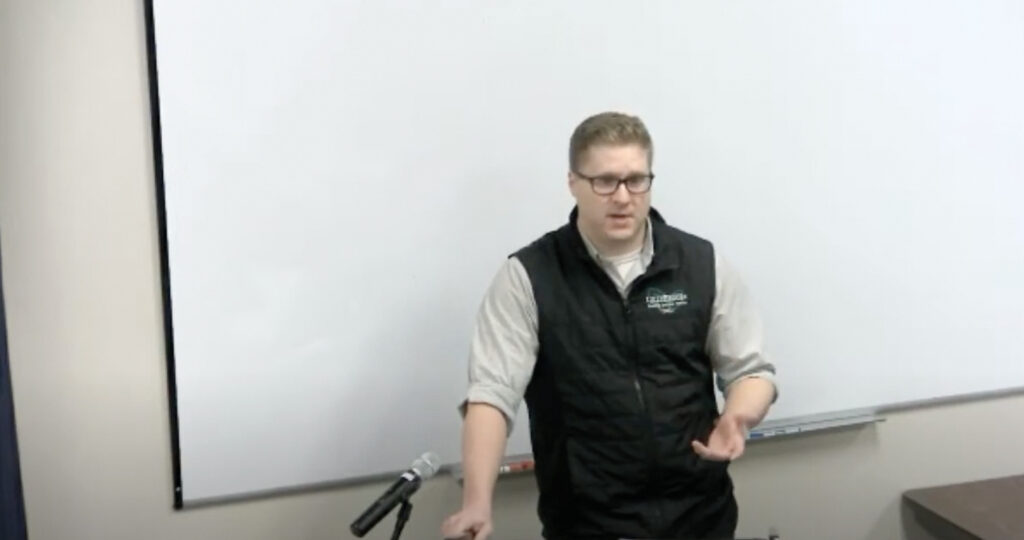 Deputy Prosecutor Bill Wilson, who authored the opinion, was adamant about the memo’s role as an advisory document.

“This was not meant to be an approval of any kind,” Wilson said. “It was meant to answer some legal questions. Whether or not the board should accept or reject ARPA funds is a political decision that I leave to them.

“This was an objective, best effort, take on the law,” he added.

Wilson formed his opinion around the public fear that accepting the federal funds would obligate the county to enforce vaccine and mask mandates. According to Wilson’s study of previous case law, ARPA’s ambiguous language and the illegality of obligating governments to follow executive orders not yet in place would prevent any mandates from being forced on Bonner County should it take the money.

“The law does seem to address some of the fears that have been brought up in previous meetings,” Wilson said, adding later that the stimulus bill “speaks to encouraging vaccination and encouraging compliance with CDC regulation, but it doesn’t mandate anything.”

Wilson said that his opinion was vetted internally at the Prosecutor’s Office, as well as by a lawyer in California who specializes in federal issues.

“[I]t is the opinion of the Prosecutor’s Office that Congress did not confer authority on the Executive Branch to institute a mask or vaccine mandate by passage of ARPA,” Wilson’s memo concludes. “Furthermore, even if the Executive Branch attempted to assert that authority, it could not impose a mandate as an additional condition for the receipt of ARPA funds because it cannot ‘surprise participating states with post-acceptance or retroactive conditions.’”

The workshop Feb. 16 drew a modest crowd of attendees, most of whom spoke up about their continued hesitancy over taking and spending ARPA funds. Some questioned the existence of COVID-19, and others lamented the fact that Bonner County accepts federal funds at all — a regular practice that commissioners have stated is vital to the everyday operations of the county.

The workshop also brought discussion of a possible advisory vote to be placed on the Tuesday, May 17 primary ballot, giving voters a chance to sound off on whether or not to spend ARPA money. Commissioners did not commit to such a vote, which would require a public discussion and decision from the board.

Wilson maintained that his role was to advise the commissioners and nothing more.

“It is not my job to persuade anybody,” he said. “This is not advocacy for me. This is just me giving my best opinion of what the law is. If you have a differing opinion on that, you’re welcome to have it.”