Benching: The art of waiting on a train

“Benching,” according to one Urban Dictionary definition, is “the time spent photographing or watching graffiti on trains.” 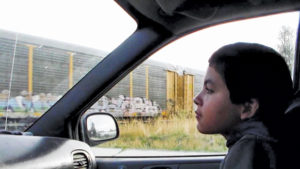 “Wild Style” is often the type of art on trains, and one of the founding fathers of this style is New Yorker “Tracy 168.” Born Michael Tracy in 1958, he began art with crayons on walls and evolved to “tag” his first train at age 11, when he says, “the Mets won the World Series.” His work has been exhibited all over the world in museums and galleries. At one time, he actually had a gang of taggers, or “group of writers” as they are more humbly referred to, known as “Wild Style.”

“This movement is to art like jazz is to music. It is a fusion of styles and cultures that knows no boundaries. It is a universal language, and the message of Wild Style is, ‘Be yourself,’” said Tracy.

“As Woody Guthrie-style rail riding became popular, a whole taxonomy of hobo markings began to appear on the sides of these boxcars… meant for a specific in-the-know audience,” according to a MinnPost article. The article suggests the art has evolved today to “a jumble of symbolism, styles and intentions that feels like its both completely ephemeral and like its drawing on an old tradition… it’s a subculture that can seem both crass and possessing a highly refined aesthetic.”

Getting to Sandpoint from my home crosses between two and four railroad tracks, so there is a great chance I will catch a train exhibition, bringing art, culture and stories from all over the country. During the wait I might be thinking, “Slow down, I didn’t get a good enough look at that one.” I will be smiling, straining a little to see the next car, maybe trying to capture it with a camera.