A small independent paper and the Hagadone Corporation are butting heads over a photograph the media company claims was misused.

Terri Ivie, editor of the River Valley Beacon, said she received a letter from a Hagadone Corporation lawyer claiming up to $2.2 million in damages for publishing a photo possibly owned by the company. According to Ivie, the photo in question is a picture of Jeff Connolly published in the July 26 issue of the paper. 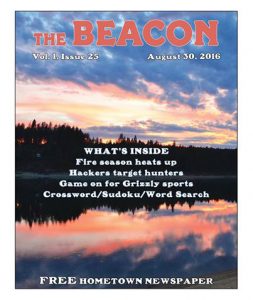 The Hagadone Corporation, which owns several newspapers throughout the Inland Northwest, claims the Connolly photo was taken by Ivie while she was employed by the company at the Priest River Times. However, Ivie said she found the picture on Connolly’s website. She cannot be sure she took the picture since several people photographed the moment.

Ivie and her son, Nick Ivie, are former employees of the Priest River Times. They founded the River Valley Beacon as a free weekly paper after the Hagadone Corporation significantly restructured the Times.