At the Root of it all

Looking to buy some property in Hope in 2002, Jackie Henrion and her husband spent a night at Hotel Hope. The building, which was constructed circa 1897, houses an old-school saloon and, at the back of the room, a stained-glass portrayal of a woman overlooking the bar and lake beyond the hotel’s front windows. 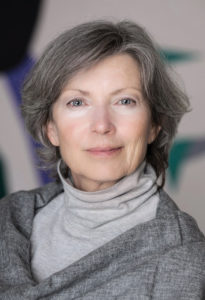 On the back of the saloon menu, Henrion found a passage explaining that the woman in the stained-glass was meant to be Marie Root, the hotel owner from 1920 to her death in 1968.

“I was mesmerized,” Henrion said. “I sensed something deeper about the place. I just wanted to know a lot more.”

Her ensuing research led her to write a song titled “Marie,” but Henrion felt drawn to create more from what she learned about the hotel keeper’s life. Henrion went on to write a novel about Root, but didn’t publish it.

“As I read through it, I said, ‘This is not satisfying to me.’ There was something about it that felt too conventional,” she said. “I decided if I was going to do this, I was going to need some help.”

Henrion pursued an MFA in creative writing from Boulder, Colo.-based Naropa University in 2016 and brought her interest in Root with her. Through archival research, poetry and memoir seminars and, ultimately, thesis writing, “Rerooted” was born. Sandpoint-based Turtlemoon Publishing released the novel in July 2019.

“I felt drawn to do something more with the material that I had researched,” she said.

Henrion discovered the work of American scholar and writer Gloria Anzaldúa during her time at Naropa, and said the philosophy surrounding how women experience the passage of time ultimately had a profound effect on how she wrote “Rerooted.” 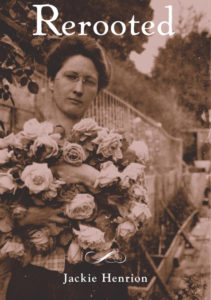 Time is certainly indefinite in “Rerooted.” Readers become time travelers as they experience history alongside first-person reflections, the date above each chapter jumping back and forth from the early 20th century to times closer to the present.

Though this literary conceit can be initially confusing and off-putting, the mirroring between characters, places and circumstances helps to connect the dots.

“It’s a disruption of conventions,” Henrion said of her book’s timeline — or lack thereof. “It invites people to think, ‘Wait, where am I? What time is it? What time is this?’ That invitation is like a conversation.”

In that same vein of unconventional storytelling is Henrion’s incorporation of personal memoir into her semi-fictionalized tale. She said that after nearly two decades of studying Root’s life, she realized she couldn’t remove herself from telling the woman’s story. The result is a narrative full of parallels in the female experience, crafted in Henrion’s skilled, subtle manner.

“That was the part that was most surprising: discovering myself as a part of the process,” she said. “Not so much looking for answers elsewhere, but realizing that my self was the source of this creativity and this evolution.”

Henrion will attend a book signing at Hotel Hope, 126 West Main St., on Sunday, Aug. 25 at 12 p.m. There, she’ll have copies of “Rerooted” for sale as well as copies of her album “Mama Loose,” which includes the track “Marie.”

Learn more about Henrion and her work at jackiehenrion.com.