The Bonner County Sheriff’s Office has made an arrest in the 2004 cold case murder of a 34-year-old Priest River mother of three.

Christine Lott was reported missing in March 2004 by her husband, Stephen M. Lott. BCSO detectives started investigating it as a suspicious disappearance, and during that investigation Stephen became the primary person of interest. 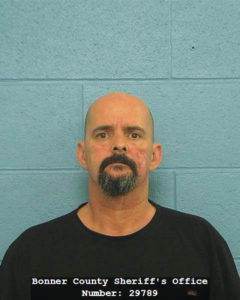 BCSO continued interviews and searched for the Priest River woman’s remains throughout Bonner County, until remains — determined to be Christine’s — were discovered by a shed hunter off Forest Service Road 499 in Kootenai County in February 2016. More interviews and reanalyzing the evidence continued to point to Stephen, BCSO said.

BCSO said in a statement Thursday that a letter penned by Stephen in recent months held information contradictory to what he told detectives in early interviews. The letter, obtained from a “cooperating family member” according to Undersheriff Ror Lakewold, said Christine had died in Bonner County from a suicide. Previously, Stephen said he’d last seen his wife using the phone booth at what is now Mitchell’s Harvest Foods in Priest River when she then jumped into a red vehicle. Lakewold said Stephen stuck to that narrative for years until BCSO’s discovery of the letter this June.

Detectives secured an arrest warrant for Stephen thanks to the new information, BSCO said. He was arrested on June 19 in Murfreesboro, Tenn., and brought back to Bonner County on July 3. During his first appearance in court he was charged with first degree murder.

Lakewold said BCSO is actively working on a small handful of cold cases like the Lott murder. He added that the April 2017 murder of Shirley Ramey in Hope and December 2017 murder of George Andres in Clark Fork are not considered “even remotely cold” and that BCSO detectives are doing work “weekly, if not daily” on those two cases.