Brittany Jean has always been involved in music one way or another, be it sitting at a piano at age 6, starting voice lessons at age 12 or performing in various choirs during her teen years. But the 28-year-old didn’t find her true passion for song until high school, when she took a music composition class and began recording her works with GarageBand, a digital audio recording program.

“I fell in love with that more than anything else — just the whole process of putting your own words into song and finding stories that mean something to me,” she said. 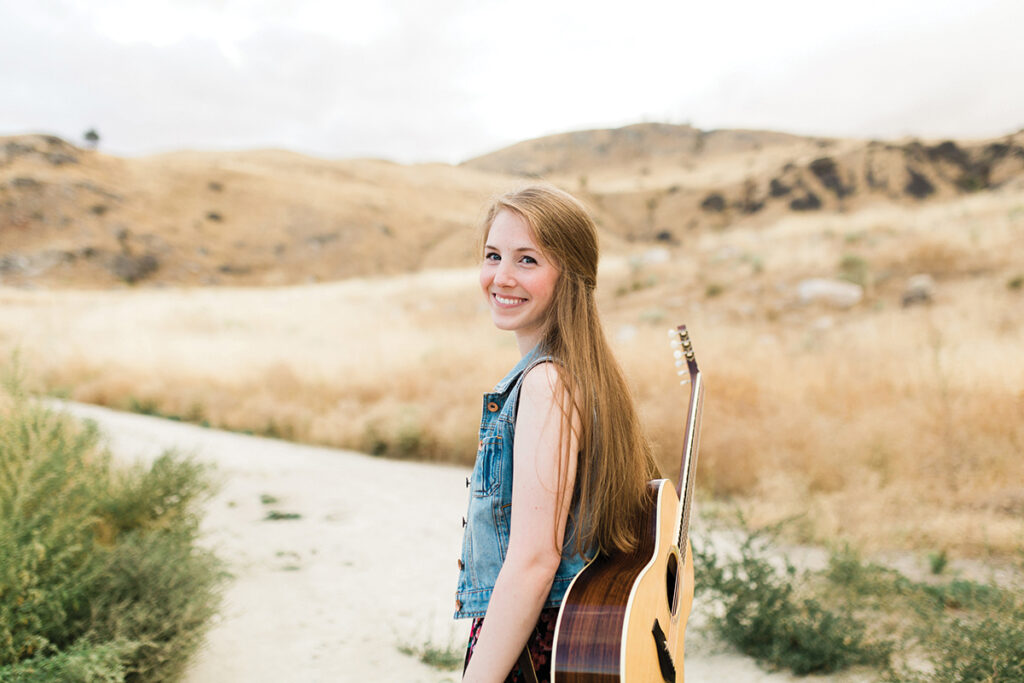 Nashville recording artist Brittany Jean will play a concert at the Panida Theater Saturday, Oct. 31 at 7 p.m. Photo courtesy from the artist.

People were impressed by her homemade creations, which led Brittany Jean’s family to seek out a professional recording studio. That journey led the Chicago teen to Hilltop Recording Studio in Nashville, Tenn., where she’s now recorded four studio albums and is currently working on two more: a collection of originals, and a Christmas album.

Though her music spans genres, it can be best described as folk singer-songwriter — appropriate for a person whose first concert attendance (at a very early age) was John Denver. She said her other influences include Gordon Lightfoot, Alison Krauss, Judy Collins and Emmylou Harris, among many others.

“I really love what’s considered, today, older music,” she said. “But that’s the great thing about music — it doesn’t really age like people do.”

Just like her taste, Brittany Jean’s style is timeless. Her clear and seemingly effortless vocals are that of a storyteller’s, which is fitting, seeing as stories sit at the core of her songwriting philosophy.

“You never really know what’s going to jump out at you. Sometimes it’s a conversation where somebody tells me their stories, or maybe about their life or something that happened to them,” she said. “One of my favorite things is hearing someone else’s story and finding a way to celebrate it and bring beauty to the forefront where maybe that person didn’t see it.”

One such instance was when Brittany Jean met a soldier at Mount Rushmore, and the two struck up a conversation. That meeting eventually inspired a song, which she then shared with him.

“He didn’t know that that was coming, and neither did I at the time,” she said. “So when it comes to inspiration … it’s kind of a mystery to me, too.”

Brittany Jean’s most recent release, All the Love, is a collection of love songs — but not in the way one might assume.

“There are so many different kinds of love. The one that gets shouted through a megaphone, at least if you turn on the radio, is one — that’s one kind,” she said. “There’s nothing wrong with that, but I think there is a much broader scope.”

Her song “These Are the Dark Days” is from the perspective of a parent to a child — a type of love she has not yet experienced herself, but that she’s seen among her siblings that have children. “The Wild Atlantic Way” is an uplifting and cheery song about love that is not necessarily romantic, but a playful “enjoying someone’s company so much that it doesn’t matter where you are” type of love.

“There is a love story in every one of my songs,” she said. “It might not be what people expect, but it’s there.”

Another type of love might be the kind one has for their local art venues — a love that Brittany Jean hopes to celebrate when she plays the Panida Theater on Saturday, Oct. 31.