Eat the rich… before they eat you

There comes a time — many, many times, in fact — when poor people have had enough of rich peoples’ bullshit. The United States’ insurgency notwithstanding, as it was a power-grab by slave-owning rich men who didn’t want to pay taxes (things never change), the French and Russian revolutions come to mind, as well as many more examples, from places that rich, especially white conservatives don’t like to think about because they’re full of brown people doing things that rich, white conservatives don’t like, like living with political agency. Excellent examples include the decolonization of Africa and southeast Asia in the 1960s, notably Algeria and Vietnam, respectively. The work of Frantz Fanon concerning the former will tell you just how pissed off poor people can get. 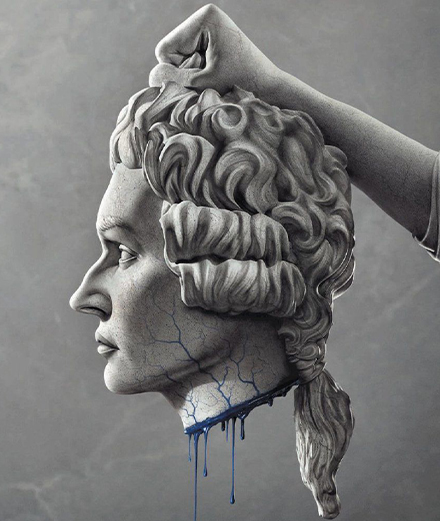 Yet, my favorites are the Araucanians, who resisted everyone from pious Spanish miner-evangelist-rapists to U.S.-supported Chilean fascists for damn near 400 years.

Hitherto a peaceful farming people, the Araucanians turned on the Spanish with singular, swift ferocity — chiseling their teeth into terrifying spikes and carving the bones of their livestock, enemies and dead into flutes, which they whistled in the night of the jungle to terrify the theocratic thieves who took it upon themselves to despoil this hemisphere in search of “god, gold and glory” — literally extracting the lives and souls of South Americans to fund an addle-brained Christian empire.

Enough of that, though. We’re in a head-chopping mood in this country, and it’s Halloween season, so why not lean into it, shall we? Over two days I binged the entire first season of Netflix original La Revolution — a French-language, English-subtitled series set on the eve of a fictionalized French Revolution. I suggest you do, too.

I don’t want to give too much away. That said, spoilers, however minor, will be inevitable so if you were enticed enough by my angry mini-history of class warfare and brief recommendation above to watch La Revolution, then stop reading. If you need more hectoring, read on.

We begin the series in a rural French county a few weeks before the actual French Revolution began in early May 1789. This county looks an awful lot like the present-day United States, with a perverse overclass whose decadence and cruelty are outsized due to their tiny numbers. Like Sandpoint, no one can afford to buy a house unless they barged up here with a suitcase full of California money and the kind of attitude that leads a person to buy a “utility terrain vehicle” — that is, a military-grade golf cart for assholes. Meanwhile, back in the 1780s, everyone else barfs and defecates in the squalid streets, trying to hack out an existence benighted by systemic inequality.

The ruling family is on the ropes, however, as its patriarch is long overdue from an extended audience with the king at Versailles. In his place, his brother has taken up governorship of the county. The countess — daughter of the rightful leader and niece of the caretaker potentate — chafes at the courtly conventions and general meanness of her uncle and the system he represents (she learns later on just how depraved that system is).

As with any dynastic political firm, there are a lot of creepy things in the closet. People aren’t who they seem to be, there are strange diseases afoot and relationships are often cover for deeper truths. In an effort to ensure the longevity of the ruling family — and its class — the nefarious 1% has figured out a way to live forever. Of course, in a case of art mirroring life, the rich can only sustain themselves by extracting from the poor. In this case, that’s taken literally. Spoiler: They eat the poor.

There’s a ton of other great stuff in this show. For one thing, it’s gorgeous. I’m so pleased that it’s set in a rural environment rather than Paris. The trees and rivers, dells and ominous glens of this make believe French countryside is as beguiling as the demon haunted upstate of Sleepy Hollow. It’s also gory and nasty, which is perfect given that the real French Revolution was frankly hideous. Be prepared for blood spurts, bone breaks, face biting and gunshots to the head (one criticism: everyone is a damn sharpshooter in this show). Costumes have a steam-punky edge and the police are justifiably fascistic and gross.

Downsides: The dialogue is pretty pedestrian, but being in French with English subtitles, that probably passes for going to a college class for most Americans. You have to read, and that’s hard to do when you’re filling your comfy pants with farts while “watching” a show and scrolling through your phone at the same time.

Some critics have also dumped on the show because it doesn’t “accurately” portray the French Revolution. To that, I say if you’re watching Netflix to learn up on your history, then I have an Ancient Aliens hypothesis to sell you.

Bottom line is that the show is nutty, bloody, beautiful and vindictive as hell. It’s not historically accurate, but it somehow manages to capture the spirit of the times — both back then and now: Eat the rich before they eat you.