Sean A. Barron, a 52-year-old Post Falls man well known in North Idaho ultraconservative political circles, has been charged with felony sexual abuse of a child under 16 and domestic battery against an adult woman.

According to Jan. 11 reports from KREM 2 News and the Coeur d’Alene Press, in a preliminary hearing Jan. 6 a judge ruled enough evidence existed to refer the case to First District Court. 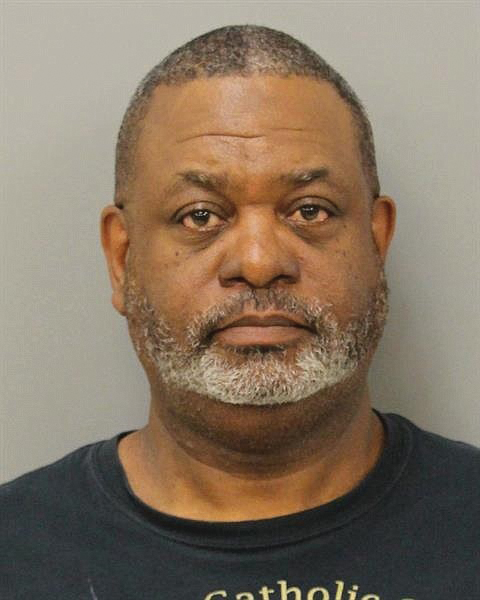 A booking photo of Sean “Alex” Barron, the so-called “Bard of the American Redoubt.” Courtesy photo.

Barron is better known as Alex Barron, the self-proclaimed “Bard of the American Redoubt” and a “thought leader” of the movement. He is also the former secretary of the Kootenai County Republican Central Committee and failed District 3 candidate for the Idaho Senate District in 2020.

In an interview with the Reader for a series on the Redoubt in 2017, Barron described himself as, “a wayward vagabond carousing through clubs, bars and churches spreading the word that we live in uncertain times in a nation that is increasingly hostile to our culture and faith.”

According to a Kootenai County Sheriff’s Department probable cause affidavit, on Sept. 26, 2021 Barron came home in a state of apparent heavy intoxication, then grabbed a 12-year-old girl who was in the household by the wrist “hard enough to hurt,” pulling her toward him.

After releasing the girl, he caressed her back and buttocks, according to the affidavit.

Based on interviews with the alleged victim and witnesses, as well as court testimony, Barron’s touching made the girl uncomfortable and she moved away from him as soon as possible.

When another adult woman later returned to the residence she engaged in an argument with Barron over his actions. Barron then put the minor to bed, again allegedly “cupping and caressing” her buttocks.

Later that evening, according to the affidavit and testimony given at the preliminary hearing, Barron groped the adult woman and began to initiate intercourse with her. The woman told sheriff’s deputies that she complied at first to “get it over with,” but then he bit her on her inner upper thigh hard enough to leave teeth marks and bruises, which were visible in photos that she showed law enforcement and that were filed by the state.

The woman testified that she told Barron multiple times to stop his advances, but ultimately he forced himself on her.

Confronted by the woman the next day, Barron allegedly claimed not to remember the events the night before. When questioned by a sheriff’s deputy on Oct. 1, Barron said that he suspected he’d been drugged at a bar in Post Falls and therefore had no memory of what happened on the evening of Sept. 26. Later in the interview, according to the affidavit, Barron admitted that he had a “hazy” memory of touching the minor’s buttocks twice and of being confronted about it. He told the deputy that he then visited a counselor to get help.

“I felt this was an odd statement given he earlier stated he was drugged and therefore didn’t remember what happened,” the deputy wrote in the affidavit.

As for the forced sexual intercourse, court documents stated that Barron told law enforcement that contrary to what the alleged victim had said, the encounter had been consensual. He at first denied biting the woman, but upon being shown a photo of the resulting bite marks said that the woman had indeed confronted him about “forcing” her to have sex and had already seen the photo, but “didn’t look at it closely.”

“In my contact with Sean, he appeared to be trying to absolve himself of responsibility, discredit [the alleged victim] and minimize the events,” the deputy wrote. “I had to confront him several times because his account was contradictory or had changed in a very short time.”

Barron had initially been charged with rape, but a judge amended it to domestic battery last week.

According to court records, Barron’s arraignment in First District Court is scheduled for 3:30 p.m. on Wednesday, Feb. 2 in Coeur d’Alene.