Karl Denson’s Tiny Universe: Out of this world funk

If you were lucky enough to catch Karl Denson’s Tiny Universe at The Hive last year, you know just what kind of funkiness he and his band of rippers and shredders can throw down. If you missed it, have no fear: another chance is coming.

KDTU, as the band is known to followers, will open The Hive’s annual Aftival concert series on Friday, Aug. 4. Presented by KPND and Low Country Boil Productions, the show starts at 10 p.m. and doors open at 9 p.m. 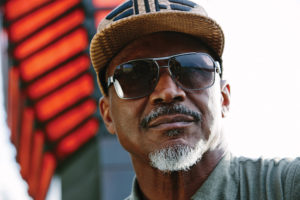 Highly acclaimed as one of the best live bands playing right now, KDTU will return for an encore performance to The Hive featuring funky cuts from their forthcoming studio album due in 2017, as well as throwing out a handful of super-charged covers by the likes of Prince, The White Stripes, the Cold War Kids, Beastie Boys and more. Each song KDTU takes on becomes their own individual dare to the audience to resist dancing.

If you throw a guitar pick at a legendary musician, chances are Karl Denson has played with them. When not leading KDTU, Denson serves as the saxophonist in The Rolling Stones, touring the world to record crowds.

“It’s one of those ‘I can’t believe this is happening’ kind of things,” Denson told the Reader. “I’m so fortunate and blessed to be playing with [The Rolling Stones].”

Though he’s played flute and saxophone from a young age, there was a time when Denson wanted to pursue a career in veterinary medicine. But the call of music was too strong and he began playing with different arrangements until 1988, when he met music legend Lenny Kravitz.

“I met him in 1988 when he was putting together  ‘Let Love Rule,’” said Denson. “He wanted some rock saxophone tracks on there and I ended up playing the whole album with them. It was a great experience.”

After playing a few years with Kravitz, Denson and a select group of musicians were asked to perform at a record release party for the landmark acid jazz and club staple “Freestylin” by San Diego’s DJ Greyboy, who was known for spinning ‘70s soul and funk. The group enjoyed playing together so much, they decided to form a band called The Greyboy Allstars, playing weekly in San Diego and San Francisco and ultimately clubs throughout Europe.

Because the group played danceable boogaloo music within the soul and jazz genres, the group became well known internationally, spurring the formation of a “super-group” of sorts, which spawned into Karl Denson’s Tiny Universe in 2014.

“When we first started playing and finding our parts, I played more of a composer role,” said Denson. “But now that we all know our jobs, we let it flow. It’s a great group.”

While playing with various different groups, Denson cherishes his downtime in San Diego at home.

“I like to garden and spend time at home when not on the road,” he said.

When asked what we can expect at The Hive in August, Denson said, “We’ve got some great stuff for you. We’ve got a really great Rolling Stones cover for y’all up there. Get ready.”

Karl Denson’s Tiny Universe plays The Hive on Friday, August 4 at 10 p.m. Doors open at 9 p.m. and tickets are $20 in advance or $25 at the door. This show is 21 and over, and VIP booths are available still for the show, which include VIP credentials, reserved booth seating, cocktail service, balcony view of the performance and access to VIP bathrooms. For more information on ticket sales, check out www.livefromthehive.com.