Look past the piety of the Puritans, their stovepipe hats and buckle shoes, and an earnest reader of early American history will find a thick vein of supernatural horror running through the damp, dark woods of New England. Most famous, of course, is the Salem Witch Trials of 1692 — only one long lifetime from the first permanent European settlement at Jamestown, Va., in 1605. The hysteria of Devil worship and witchcraft gripped the “goodmen” and “goodwives” of the colony, turning their strict religious community into a pack of ravening inquisitors — all stemming from the suspicions leveled at the Barbados-born Indigenous slave Tituba. 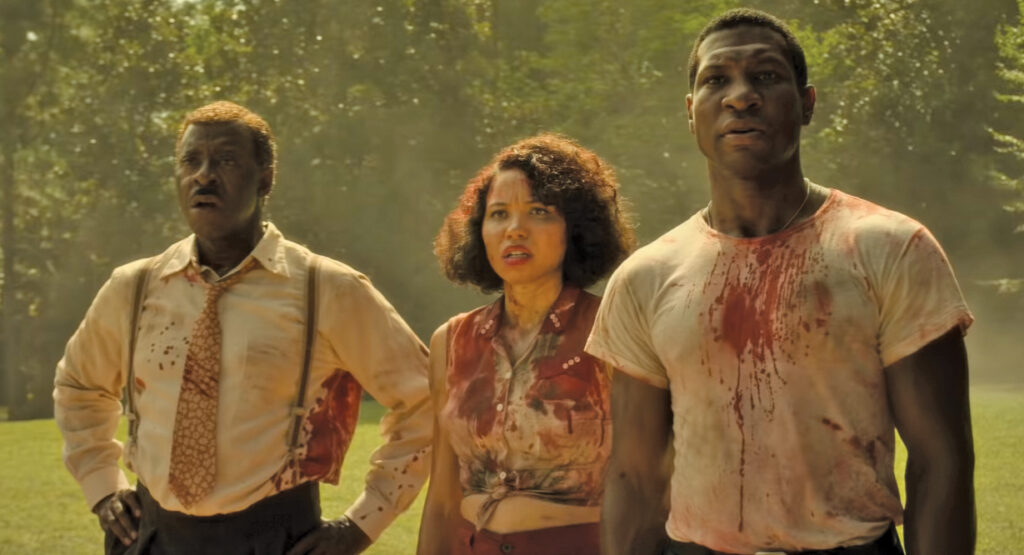 There, right from the beginning, is the notion that “others” (specifically non-white, unfree others) are somehow closer to the bottomless terrors of an unseen world of deathless evil than their self-perceived social, racial, political and moral betters.

Of course, the Salem Witch Trials were only the splashiest example — slaves, both African and Indigenous — were considered from the seventeenth to the mid-nineteenth century (and in many places beyond) to be dangerously predisposed to “barbarous,” “pagan” or otherwise “unclean” spiritual practices and powers.

Perhaps no modern author better tapped into the hellbroth of spiritual anxiety underpinning New England — and by extension all early American psychosocial life — than H.P. Lovecraft. It is no coincidence that this son of Rhode Island, himself a rabid Anglophile and committed white supremacist, should populate his nightmare world of Old Gods and their attendant sub- and inhuman monsters in the murky backcountry of Massachusetts.

So much is Lovecraft (1890-1937) associated with the northwest marches of The Bay State that it goes by the nickname “Lovecraft Country” — a fictionalized landscape of derelict, demon-haunted mansions and howling wilds where the cosmic fabric between our world and the swirling abyss of a hostile universe is stretched to breaking.

Playing on the rich corpus of Lovecraft’s work, writer Mark Ruff titled his 2016 novel Lovecraft Country and astutely loaded it with thoughts on race, the stains carried by lineage and the terrible monsters — both human and otherwise — that animated 1950s America.

Ruff’s novel has now been adapted into a series of the same name, which premiered on HBO Max on Aug. 16. As with the book, the show — with its fourth episode set to air on Sunday, Sept. 6 — follows the perilous journey of Korean War veteran Atticus, his bookish uncle George and childhood friend/semi-requited love interest Letitia as the trio goes in search of Atticus’ father, Montrose, who has gone missing from Chicago somewhere in the wilderness of Ardham, Mass., where it turns out the family can trace its origins to a slave woman who escaped amid an unholy fire at her owner’s manse.

The trek, of course, begins with the companions’ necessity to navigate the violent anti-Black racism permeating the tree-choked byways of New England, where good old boys and shotgun-toting sheriffs aren’t the only murderous beasts prowling through the woods.

Gory and hair-raising, infuriating and (at times) campy, it’s yet another fine entry in the burgeoning 21st-century genre of horror spiced with commentary on systemic racism. Perhaps it’s no surprise that Jordan Peele (who directed Get Out and Us) serves as executive producer.

Just as in Peele’s feature films, Lovecraft Country brings a smarter approach to horror that teases the idea that the monsters within are just as dangerous as those found without — though in this case, the former are frequently aligned with the latter, infusing the show with a level of excitement that only heightens the deep, dark real-life ruminations running beneath the surface.