A quarter-century in the courts

Twenty-five years is a long time to fight for any cause.

But if the past several decades have taught us anything, it’s that environmental issues are a public interest requiring constant vigilance. Between an escalating climate crisis and industrial forces moving to maximize profits, there’s no time to fall asleep on the job. 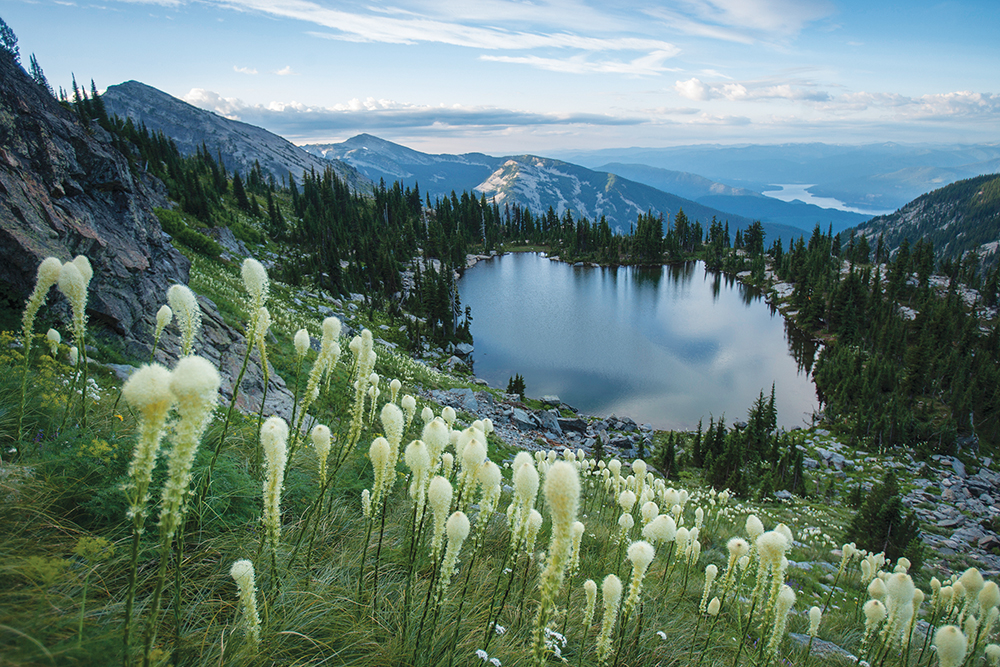 Cliff Lake, near the proposed site of the Rock Creek Mine. Photo by Woods Wheatcroft.

It’s a reality Mary Costello, executive director of Rock Creek Alliance, knows all too well. With Rock Creek Alliance on the cusp on its 25th anniversary, it’s time to reflect on a two-and-a-half-decade legal fight to keep Northwest waterways and lands unspoiled.

Maintaining the energy, focus and commitment to oppose the proposed Rock Creek Mine for 25 years has not been easy. But when the stakes are as high as RCA’s members and supporters believe they are, there’s little choice but to renew the fight daily.

“The alliance attracts talented and passionate people, and our accomplishments are a testimony to both the longevity and the determination of those who want to protect what matters to them, whether it is Lake Pend Oreille or wilderness lakes or grizzly bears,” Costello said. “Prevailing against four mining companies is no small accomplishment.”

But what exactly are the stakes? According to the plans outlined by mining companies, Rock Creek mine will require blasting and hauling rock to a mill facility within a grizzly bear habitat, resulting in 10,000 tons of rock moved per day; approximately 3 million gallons of wastewater discharged into Clark Fork River per day; a half-square-mile, 300-foot-tall mountain of tailings containing arsenic, lead, copper, zinc and blasting-compound nitrates leaching into groundwater; and a 64-acre reservoir of polluted mine water.

The Rock Creek Alliance contests that this would not only have catastrophic impacts on the Cabinet Mountains Wilderness and surrounding lands. Drainage from the operations would also make its way via the Clark Fork River to affect downstream communities as well, damaging water quality, fisheries, animal populations and habitats, and more along the way.

The mineral claims for the proposed mine site have passed through many hands over the years. But for Costello and the rest of the RCA, the work truly began when news of the proposed mine broke more than 25 years ago. A trained biologist, Costello was convinced that the mine’s environmental impact statement was based on sloppy science and could spell disaster for the regional ecology.

“Several of us came together and decided we needed a local group in Sandpoint to take on this work because there is so much at stake downstream from the perpetual pollution that the mine would generate,” she said.

“I had been on the board of the Clark Fork Coalition (at the time it was called the Clark Fork Pend Oreille Coalition),” said Gerth. “CFC decided to close their Sandpoint office and I saw the need for a local presence here in regard to the proposed mine. Lake Pend Oreille is the water body that stands to suffer from the mine, but because the mine is in a different state, it makes it difficult to drum up local interest.

From the beginning, every individual in the organization had a sense of what was at risk.

“We all know that an ounce of prevention is worth a pound of cure,” said Williams. “There would be no fixing a catastrophic failure of this proposed mine that would be one of the largest hard rock mines in North America, just 25 miles upstream of Lake Pend Oreille.”

Early activist work centered on spreading the word to the potentially impacted communities. Supporters reached out to local media, engaged regional organizations and turned out at public meetings, resulting in large turnouts.

“Our organization gained much of its early recognition in the community through the 1998 Jackson Browne benefit concert,” Costello said. “We converted the Sandpoint High School gym into a concert venue with the help of Sandpoint’s Jeff Bond and Fred Forssell, both former ’roadies’ for Jackson.”

“There have been many notable events over the last two decades, and many were legal victories,” Costello said. “In fact, we have won far more legal victories than we have lost, resulting in the loss of state and federal permits. What makes this remarkable is that the deck is stacked against us in terms of agency bias in favor of the proponent and the available resources.”

For Rock Creek Alliance, the good news is that — to date — it has managed to litigate the Rock Creek Mine to a standstill. Still without an operating permit, Hecla plans to update its data about the ore body and environmental impacts, which hitherto was between 40 to 60 years. All this unfolds as Hecla pursues a neighboring proposed mine called Montonore, which generated many of the same concerns. Hecla is simultaneously pursuing data collection on both mines that the company hopes will advance its goal of securing operating permits.

Another factor slowing the proposed mines’ progress was Hecla CEO Philips S. Baker’s own history in the mining world. In 2018, the Montana Department of Environmental Quality hit the mining executive with violations of its bad actor laws for his previous involvement in mining company Pegasus Gold. The mining operation went bankrupt in 1998, saddling the state of Montana with millions in cleanup costs. Montana DEQ sought to prevent Hecla from pursuing any mining operations in the state until it was compensated for the costs.

In 2019, Hecla Vice President of External Affairs Luke Russell told the Reader that, “When we get to the arguments on the merits, we feel that the company and CEO will be exonerated.”

“Unfortunately, the end is not in sight,” said Gerth. “I have no illusion that Hecla is backing away from the mine, I think they are strategizing. We have to hold firm. As always our challenge is to keep the public informed when there is little happening except boring lawsuits.”

Part of Hecla’s strategy, RCA leadership believes, is to turn the tides in the areas of politics and public opinion. That includes making their case before congressional committees and generating positive press.

“This is what well-financed mining corporations do: exert political pressure and use spin doctors, instead of addressing the real issues and reasons why they have not been able to obtain permits,” Williams said.

That’s why RCA leadership believes much of the work hangs on keeping supporters alert, engaged and motivated to keep up the fight.

“Regardless of where the Rock Creek mine saga leads, I believe RCA will always exist and continue to fight development of this ill-advised, monstrous mine that threatens our water quality and communities,” said Williams.

In the meantime, however, it’s time for RCA staff, leaders and supporters to celebrate. They plan to host an annual party Thursday, Aug. 25 under the tent at Trinity at City Beach. The party will feature live music, a rock-skipping contest, silent auction, legal update and presentation on successful mine-fighting tactics by Bonnie Gestring of Earthworks.

RCA members also hope to raise funds through the sale of commemorative wine bottles from Pend d’Oreille Winery and specialty RCA coffee at Evans Brothers Coffee. RCA is also a featured nonprofit at Winter Ridge’s Bags of Change, where shoppers can donate to a nonprofit of their choice by bringing their own shopping bag.

Those efforts are key opportunities to build up a war chest, RCA leaders said.

After all, Hecla has made clear its intentions to pursue the Rock Creek Mine as long as it takes. The company isn’t going anywhere. But as RCA leaders assert on their website, they have plenty of fight left in them, too.

“It is important to remember that as long as a mining company holds subsurface mineral claims there is a very real threat of development,” Costello said. “An ideal solution would be for the company to relinquish its claims.”

Cameron Rasmusson is editor-in-chief at MultiLingual Media, communications specialist at Friends of Scotchman Peaks Wilderness and editor emeritus of the Sandpoint Reader.