A world of feeling

When asked to describe his band’s music in only a few words, Barrio Manouche frontman Javi Jimenez falls silent. Then, he laughs.

His attempt includes descriptors like “gypsy jazz,” “flamenco,” “latin” and “a little bit of rock.” Perhaps the only accurate way to understand the band is to listen, and more importantly, to feel. It’s a experience possible in Sandpoint on Friday, Nov. 19, as the Pend Oreille Arts Council presents Barrio Manouche at the Panida Theater at 7:30 p.m. 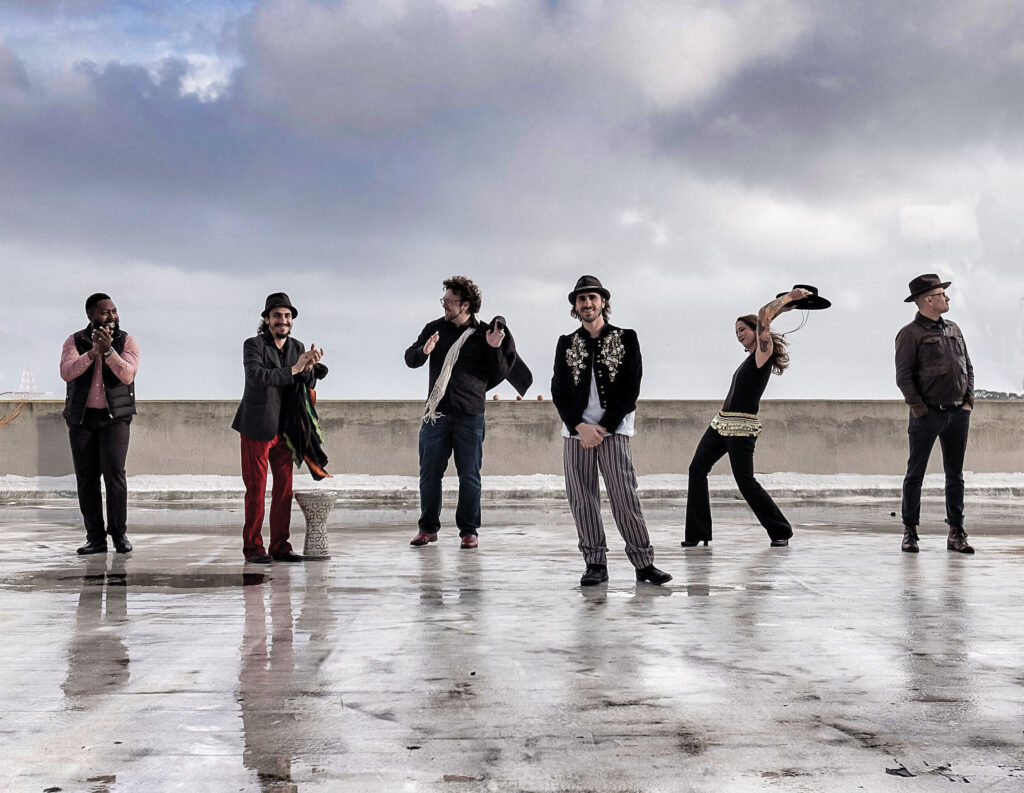 The San Francisco-based acoustic ensemble features the backgrounds and passionate playing of musicians from Spain to France to Brazil — a collaboration of international caliber.

“It’s a representation of what the world should be,” Jimenez said. “We are all brothers and sisters, and there’s no room to fight over nationalities or the color of skin or a way of singing. There is space for everyone.”

It is within that diverse space that Barrio Manouche’s unique sound has taken shape. Jimenez said that each band member brings different aspects — or, “different feelings” — from their musical backgrounds, and the result is a nontraditional glimpse into a handful of world cultures, highlighting the parts most loved by the band’s counterparts.

“We just play and play and play. That’s what we want to do,” Jimenez said, “and we find a lot of people, a lot of musicians, and we collaborate.”

That collaboration has led to a large cast of talented artists, including Jimenez’s brother Luis on cajon; Alex Zelnick on guitar, Gary Johnson on bass, Cyril Guiraud on saxophones and caxixi; and Magali Sanscartier on violin. Also slated to join Barrio Manouche at their Panida show is Colombian musician Ivan Rondon. Jimenez serves as vocalist, guitarist and lead songwriter for the band.

Though they won’t be present at the Sandpoint performance, Barrio Manouche also features two female dancers — Fanny Ara and Emaye Ama Mizani. Jimenez said he appreciates near-equal representation of gender in the band.

“It is kind of balanced, and I like that. We are a big family,” he said, adding later: “We just love to do this. We love to play music and share this with the rest of the humans.”

It is Jimenez’s goal to make that love apparent with each and every Barrio Manouche performance, and leave the audience with a sense that they were part of something special.

Also as part of their visit to North Idaho, Barrio Manouche is teaming up with POAC’s Ovations Program to perform at Sandpoint Middle School. Jimenez said the band enjoys interacting with students and using the opportunity to hopefully instill an interest in art and creation.

“It always turns out fantastic because the kids just don’t have the filters that we grown-ups have,” he said. “It is straight communication to their souls, to their hearts.”

Barrio Manouche’s trip to Sandpoint is also bringing the story of one Sandpoint child full circle. Max O’Leary, a Sandpoint High School graduate, is the music agent who coordinated with POAC to bring Barrio Manouche — a band he represents — to the panhandle.

“It really means a lot to be a part of bringing a band of this caliber to my hometown,” O’Leary told the Reader. “My journey into the world of music — which eventually led to becoming my career — all began while attending SMS and SHS. So it’s nice to come full circle and help contribute to the live music community that got me started.”

Listen to Barrio Manouche and learn more about the band at barriomanouche.com. Tickets to this performance are $22 and can be purchased online at panida.org, at artinsandpoint.org, over the phone by calling 208-263-6139 or at the POAC Art Gallery (110 Main Street, Suite 101). Everyone is invited to a pre-show reception 5-7 p.m. at the POAC Art Gallery, where visitors can peruse artwork on display by local artists while enjoying a glass of wine before heading to the Panida for the concert. Doors open at 7 p.m.