A pageant and a platform

Like many young women of Bonner County, Mindy Dunn got her start in pageants early in life with a star-turn in Sandpoint Junior Miss. 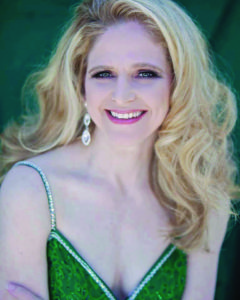 Mindy Dunn. Photo by Naomia May.

Though she didn’t win the overall competition, Dunn — who grew up between Sandpoint and Spokane as Mindy Argue — stole the talent portion of the show with “Flight of the Bumblebee,” which she performed on violin while wearing a bumblebee costume. The year was 1995.

“We had a minute and a half to do our talent, but ‘Flight of the Bumblebee’ is about a minute and 45 [seconds], so I had to play it faster than normal,” she said. “It was very bee-ish.”

Dunn, who now resides in Yelm, Wash., has come a long way in her pageant life since those Junior Miss days, representing the Evergreen State at this year’s Mrs. United States pageant Aug. 1-4 in Las Vegas.

The competition consists of wearing both a formal gown and swimsuit onstage, answering a question onstage and being privately interviewed by the judges. Dunn said philanthropic work outside of the competition is not part of the judging criteria, but that is does give contestants the chance to express who they are and what they care about during the interview.

Luckily, Dunn has plenty to talk about.

She has nannied in both Europe and the Virgin Islands; was the third woman ever to access a sacred mountain near the city of Tongren in the Tibetan region of China; and has served in the U.S. Army for almost 20 years, for a time as military police in Seoul, South Korea and currently as a deputy S3 in military intel.

As her retirement from the military approaches, Dunn said she wanted to do something meaningful that might also help her express her feminine side.

“Being in the military, I wore the same outfit every single day,” she said. “I never wore makeup. I didn’t care. I was quite happy being exactly who I am. I’m still happy, but it’s kind of nice to learn.”

The competition also provides a platform to promote Little Libraries for Literacy, a program Dunn started in order to provide underprivileged children the chance to own books. The kids are given gift cards and taken to local bookstores, where they then choose which books they want to take home to start their own personal libraries.

“Literacy shaped who I am more than anything,” said Dunn, who added that she learned to read at age 3.

Dunn is many things: U.S. Army officer, wife, mother of three, champion for literacy, Mrs. Washington United States and maybe even, come August, Mrs. United States. She’s also a Washington resident, but visits Sandpoint often to be near family and considers it a large influence on who she’s become.

“Washington is my home state,” Dunn said, “but my heart is here.”