A kinder, gentler kind of film

Living in a dramatic age when each day seems to bring some new calamity or crisis, quiet displays of empathy are refreshing. That’s truer as many of us live lives that feel more isolated than they once did, either cloistered by the pandemic or cut off by the vitriol of the era.

The 2019 film Driveways, screening at the Panida Theater on Saturday, Jan. 15 and Sunday, Jan. 16, is a gentle, sometimes wistful portrait of the power of kindness to dispel loneliness. 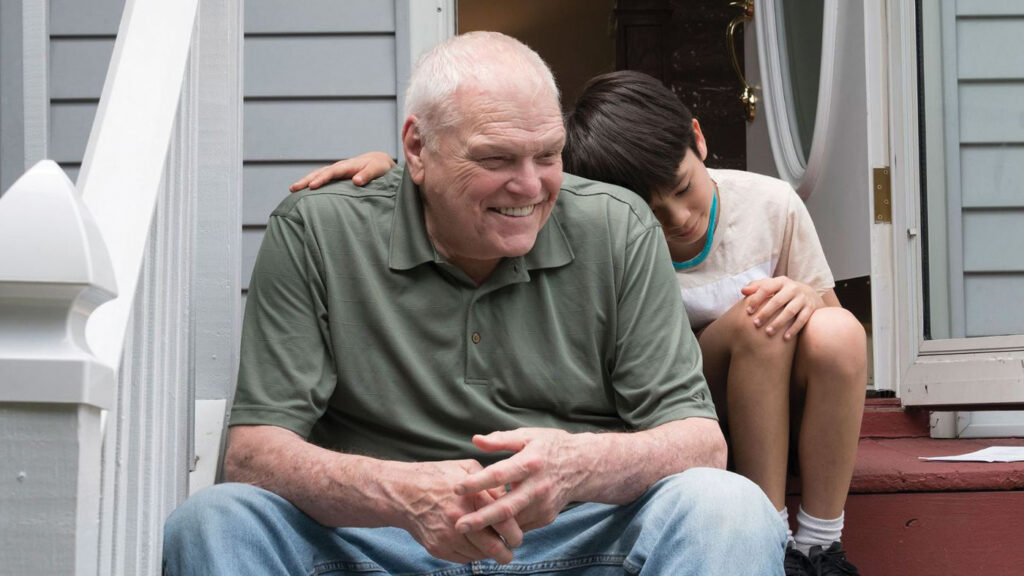 Centered on a shy young boy named Cody (Lucas Jaye) and elderly Korean War veteran Del (Brian Dennehy), the film unfolds in low tones as the two loners forge a friendship that helps bring both out of their shells.

Cody is a fish out of water, somewhat sidelined and adrift as his hardworking single mother Kathy (Hong Chau) has moved them to a small New York town to clean out her estranged and recently deceased sister’s house. As Kathy excavates her strained sibling relationship, in the process getting to know her sister posthumously, Cody peeks out from behind porches and kicks around sidelots, watching the neighborhood as it goes about its collective life.

His attempts at friendship with the local kids are awkward at best, and it’s clear that Cody has long existed in the peripheral vision of adults. That said, he catches the eye of neighbor Del, who has also retreated into an interior existence but recognizes something of the same yearning for connection in Cody. As they get to know each other, the elder imparts his stories and life lessons, but also sees and listens to Cody, showing him what it feels like to have a friend.

– proved to be among the last for Dennehy, who died in 2020 at the age of 81. During his long career the legendary star won several Emmys and two Tony Awards for best actor, and critics have been near universal in announcing Driveways as among his best performances.

The film itself has earned high praise, with a 99% critical rating and 83% audience score on rottentomatoes.com, 3.5 stars from rogerebert.com and even a 4-star rating from the likes of Rolling Stone.

Some critics have referred to it as a “modest” film, but that’s better put as an “unpretentious” film. There are no explosions, no hidden heinous crimes, no ulterior motives, no dangerous mysteries or even real villains. Rather, it’s a delicate vision of the human experience by director Andrew Ahn, who managed to create a film about kindness without descending into sentimentality. Audience’s emotions are not toyed with here, but treated with the dignity they deserve while the characters are fully realized and free of cliche.

While audiences, like their times, often gravitate toward bombast and violent spectacle, Driveways “feels like a salve right now,” as one reviewer described it. Another called it “a true balm.”

If that sounds refreshing, then this hidden gem of a movie — part of the Panida’s Global Cinema Cafe series — is for you.