The Sandpoint Eater: Grit and grits

Years (and years) ago, I was a bored teenager, visiting my father for what felt like an endless hot summer in the California desert. One day after he and my (wicked) stepmother left for work, I climbed the rafters in the garage to poke around in some boxes stored away on a plywood shelf. The dusty boxes yielded some fabulous treasures, including a Japanese kimono, foreign coins, black-and-white photos and other remnants of his time in World War ll. But the greatest treasure to behold was a well-worn copy of the novel, Mildred Pierce. 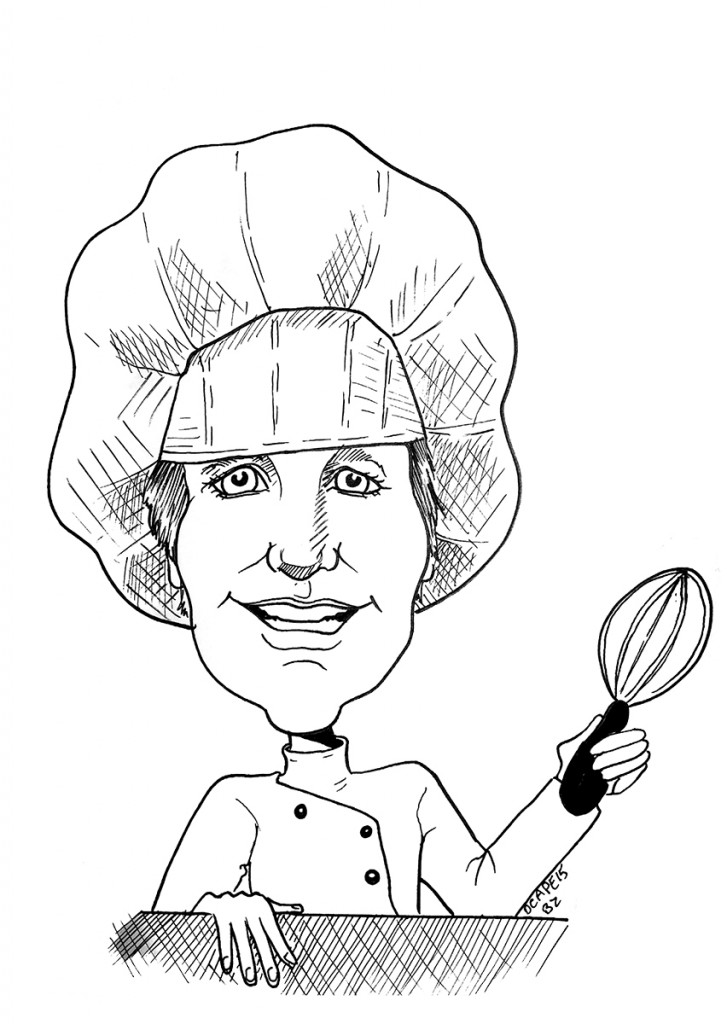 I’m not sure why the tattered book was in the box of artifacts (perhaps loaded in a hasty move from one wife to another). Nevertheless, whenever the opportunity arose, I’d shin myself up into the rafters, nestle up in the corner and devour the spicy novel about a post-war housewife who starts up a home-based pie-baking business.

The wholesale pie business is a hit with restaurateurs and, before long, Mildred makes enough money to open a chicken and waffle house. Eventually, she is successful beyond her dreams and builds a mecca of five popular restaurants.

As much as I loved the salacious details about Mildred’s love life and her philandering husband, I was more mesmerized by the minutiae of her restaurants’ operations. And I later discovered that nearly as delicious as the book written by James Cain was the movie starring Joan Crawford, which earned her the Academy Award for best actress.

It was not uncommon for down-on-their-luck women to reinvent themselves by opening restaurants, boarding houses, managing railroad commissaries and fancy tea rooms in real-life situations. Like the fictional eateries run by Mildred, many of these bold women filled with little more than grit and determination became wildly successful with their start-ups.

For instance, around the turn of the 20th century, Alice Foote MacDougall began her enterprise with a small coffee house in Grand Central Terminal. She added waffles to her offerings and eventually turned her coffee roasting business into a New York City restaurant empire.

Out West, women like Katherine Sara Sterrett Munra (Grandma Munra) were making a name for themselves, developing menus and standards for bustling, turn-of-the-century hotels and railroad eateries. Grandma Munra operated a series of restaurants and railroad station houses. She became so beloved in the Portland, Ore. area that Munra Falls and Munra Creek in the Columbia Gorge were named in her honor.

The revered epicurean James Beard began his restaurant life at the Gladstone Hotel in Portland, owned by his mother, Elizabeth. She oversaw the foods prepared by her loyal Chinese chef, Let.

Beard wrote in his memoir, Delights and Prejudices, “Mother had an uncanny sense of food and the talent to show others how to prepare it. She loved to cook, eat and talk about food more than almost anyone else I have known. At the turn of the century, she had an international approach to food that would have been considered revolutionary in the past 10 years. When women were still subordinate and modest, Mother was forceful and fearless. She swept through the room or down a street with an air of determination and authority, and she met men on their own terms.”

After browsing through the classifieds and spotting an ad that read “Chris Steakhouse for Sale,” another powerhouse of a woman, Ruth Fertel, mortgaged her home for $22,000 to purchase the New Orleans eatery. The divorcee, with a fierce entrepreneurial spirit, wanted to make a better life for her two sons. Shortly thereafter, her 60-seat restaurant burned to the ground. Undeterred, she quickly found a new restaurant and added her name, Ruth, to the sign. Ten years later, at the urging of a loyal patron, she granted her first franchise in nearby Baton Rouge.

My introduction to Ruth’s Chris Steakhouse was a business dinner in New Orleans in the mid-’90s. As someone who wants cold food at arctic temperatures and hot food to be hell-like, my steak that was served on a 500-degree sizzling platter left a significant impression on my gastronomic mind. Since then, I have eaten at dozens of Ruth’s Chris Steakhouses but rarely stray from my two favorite entrées, the sizzling porterhouse or the shrimp and grits.

Of the half dozen recipes shared by Ruth’s Chris Steakhouse, its shrimp and grits isn’t one of them. I hope I do Ruth proud with mine. 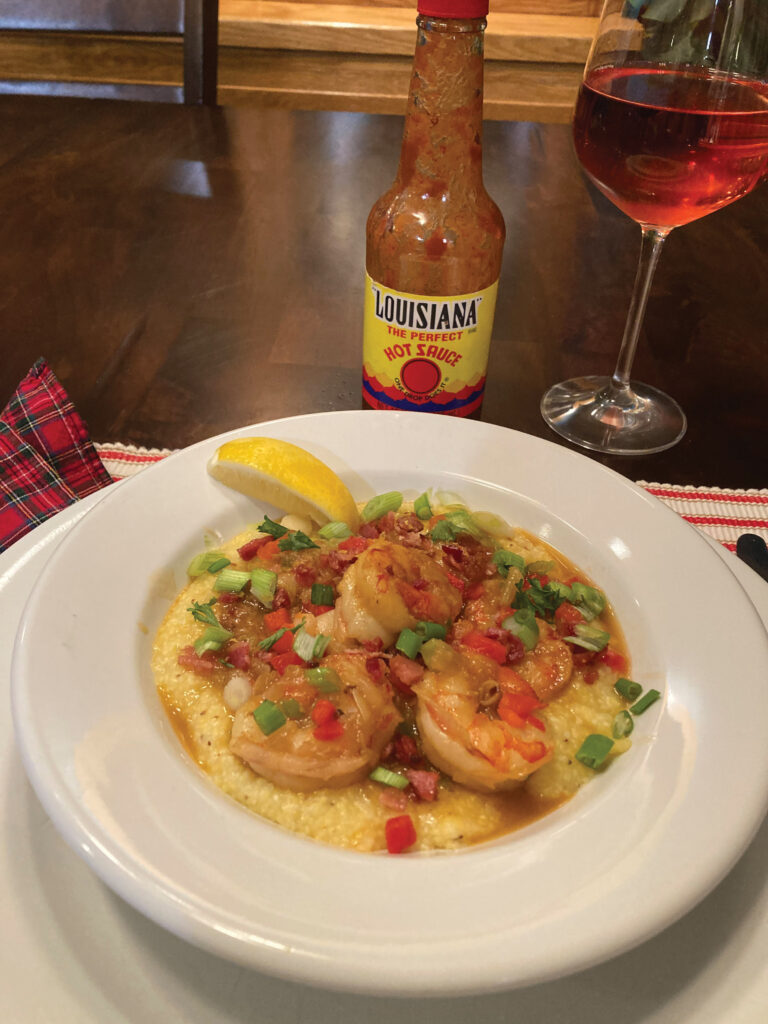 juice and zest of 1 lemon

Fry the bacon in a large sauté pan on medium heat until crispy. Remove the bacon and chop. Turn off heat, reserve bacon grease in pan.

When the grits have cooked for about 30 minutes, heat the sauté pan (with bacon grease) on medium-high heat, add the onion and green pepper and cook until soft, about 4 minutes.

Add the bacon, garlic cloves and shrimp and toss to combine. Cook until shrimp is no longer transparent (3-5 minutes). Squeeze lemon juice over mixture.

Add the chicken stock to the shrimp mixture and simmer about 5 minutes.

Add the cheese and butter to the grits, stir, turn off heat and cover.

Spoon the grits into individual, shallow bowls. Spoon shrimp over the grits and garnish with parsley, pimento and lemon zest.