The ironies and contradictions in Passing, a 2021 Netflix film based on the 1929 novel by Nella Larsen, are apparent from the outset.

The story leans into its internal conflict, the movie’s trailer stating that “nothing is black and white.” This, of course, used to advertise a black-and-white film about the Black and white worlds — racial, that is — of 1920s New York. 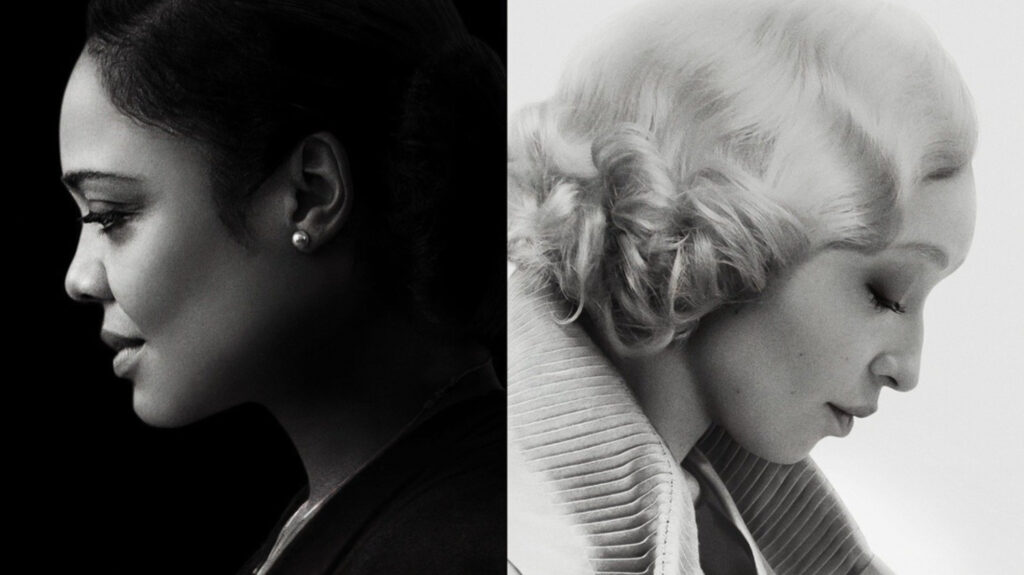 The story begins at an upscale hotel restaurant, where Irene Redfield (Tessa Thompson) takes refuge from the hot city streets. There, she runs into childhood friend Clare (Kendry) Bellew, played by Ruth Negga. Both are Black women “passing” as white in the hotel, and when Clare invites Irene back to her room to catch up, it becomes clear that Clare’s passing extends beyond the convenience of accessing a fancy tea room. She is married to a wealthy, racist white man who does not know of her true identity. In contrast, Irene lives a comfortably middle-class life in Harlem with her Black husband (a doctor) and their two sons.

As the childhood friends reconnect, a mutual obsession with one another’s lifestyles begins to grow. Clare attends Harlem social events and forms bonds with Irene’s friends and family. Irene must confront her own feelings about race, wondering aloud what a white person — or someone passing as white — could want with her inner circle, all the while fighting with her husband as he attempts to educate their young children about the lynchings happening across the country.

Tensions culminate when Irene asks Clare what she would do if her husband learned of her true racial background. Clare replies, sure and chipper, that she would simply move to Harlem and be the person she wants to be. When Clare’s husband does discover the truth, Irene’s true feelings are (possibly) shown as well, depending on one’s interpretation of the story’s final scene.

Passing was filmed entirely in monochrome on a 4:3 aspect ratio, creating a vintage, elegant and timeless look. The music of 1920s Harlem provides an understated and era-appropriate soundtrack, adding audible color to scene changes and conversations in the street alike.

Foreshadowing is rich throughout Passing, particularly in giving viewers a sense that things can only end badly as the tension builds in volume and velocity throughout the film. Thompson does a particularly good job in her role as the mother and wife who, thanks to the reintroduction of her friend, begins to teeter on the edge of her steadfast, signature grace. The agent for that change is Clare, played beautifully and chaotically by Negga. Passing is the directorial debut of Rebecca Hall, who excels in bringing Larsen’s story to the screen.

By the end, the figurative black-and-white of Passing is muddled in the mind of the viewer, burned into memory in literal black-and-white contrast. We can make assumptions about the story’s abrupt end, try to find the culprit and reason away the ache in the pit of our stomachs, but, ultimately, Passing has achieved its ultimate message: Good and evil, truth and deceit, love and hate — it’s all gray.