Wholesome Netflix for the heart

The story of my recent television consumption begins where most stories of 2020 begin: acknowledging that this year has, in many ways, not been good.

Between the pandemic and the political strife, I’ve made it a point to seek out lighthearted media. This has led me into the heart of wholesome Netflix originals, three of which are described and rated below. 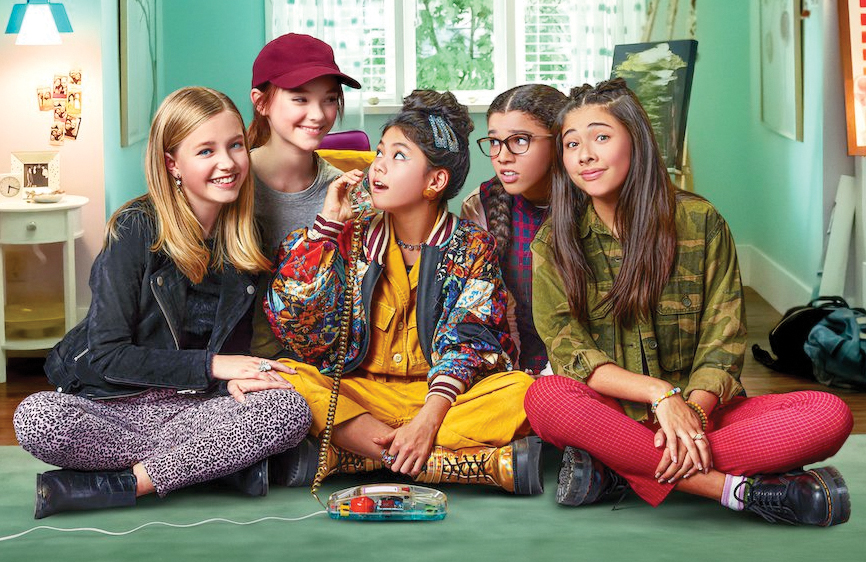 A still image from The Baby-Sitters Club.

This book-series-turned-Netflix-series has millennials everywhere — that is to say, mostly women between their mid-20s and late-30s — reminiscing over days of reading the adventures of Kristy, Claudia, Mary Anne and Stacey in paperback library books. The four core characters of the classic books also kick off The Baby-Sitters Club Netflix series, made great by its modernization of the challenges the girls overcome. It’s the same struggles with image, family, schoolwork and babysitting, but now with cell phones.

The characters are realistically pre-teen — sometimes bratty, dimwitted and selfish; but also humble, brave and silly. This series was wholesome to its core, making it a great quarantine screening option for people of all ages. However, it did tackle a few topics some parents might not be ready to talk about with their kids, like menstruation and gender identity.

In all, The Baby-Sitters Club was funny, clever and — for some of us — nostalgic as hell.

Many of the greatest feel-good stories revolve around a circle of longtime best friends, and those stories are made better when those friends are three strong and sassy ladies. This is where Sweet Magnolias begins.

As far as conflict content goes, Sweet Magnolias hits on it all in the first season: messy divorce, budding romance, opening a new business, raising children, running a restaurant and running from the past. If it can go wrong, it will, and main characters Maddie, Helen and Dana Sue will solve it over a pitcher of blended margaritas because this is South Carolina and every character has an incredible porch.

Sweet Magnolias is a good choice for when the weight of the world gets to be a bit much. For every conflict, there’s an apology. Fights between parents and children end in hugs, and misunderstandings between adults end with grace. Plus, maybe it’s just my shopping-deprived brain talking, but the clothes are amazing.

Nurse practitioner and midwife Mel Monroe moves from Los Angeles to the remote northern California town of Virgin River to join the local one-man medical practice and leave her painful past behind. Supporting characters range from charming war veteran barkeep to eccentric female mayor, and conflicts typically revolve around romantic entanglements or medical emergencies. Imagine Grey’s Anatomy, but in the woods with fewer doctors and more suffocating reminders that “this is a small town, so nobody has secrets.” Spoiler: There are a lot of secrets.

Despite the seemingly wholesome premise and unrealistically sweet characters, Virgin River did surprise me with some dark topics: PTSD, familial loss, abuse, illegal pot farming and the like. Still, the small-town setting, romantic intrigue and unrelenting neighborliness keep the show firmly in the feel-good category.

Part of me feels as though I watched Virgin River so that you don’t have to. Still, the loose-end relationships and small amount of mystery remaining at the end of the first season has me pretty certain I’ll watch Season 2.