Where the bananas belt

The local libraries have been closed for more than a month and my personal collection of DVDs has run dry. The TV antenna, which captures about four channels, is seeing more action than ever before, and it’s led to some questionable decisions.

During past DVD droughts, my household has been known to gravitate toward whatever sitcoms air on Fox 28 in the evenings. Big Bang Theory has its awkward charm, and even the slapstick brand of conservatism that Tim Allen is selling on Last Man Standing is endearing at times. But when I started seeing ads on the channel for The Masked Singer in early 2019, I couldn’t help but feel that deep, familiar pain that so often accompanies the observation of American pop culture. 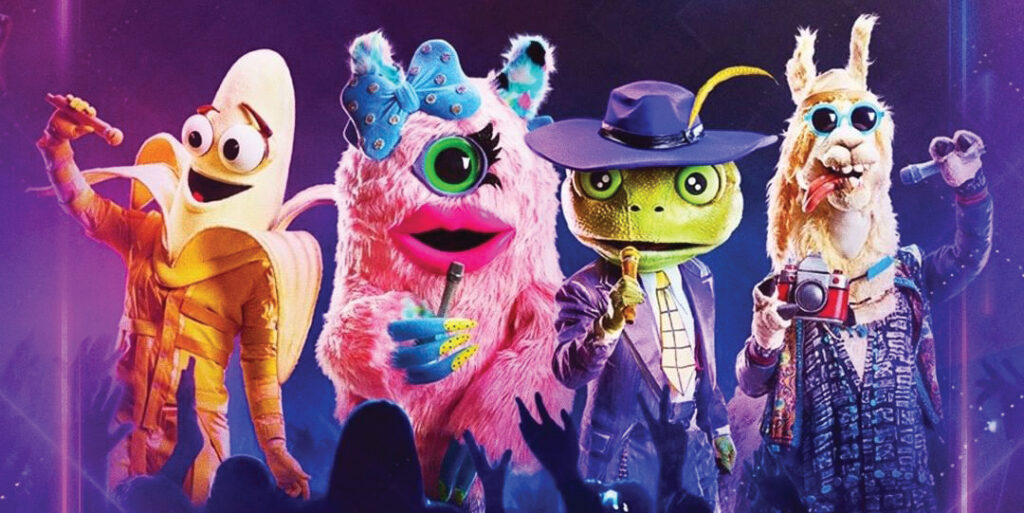 An LSD flashback or The Masked Singer? You decide. Courtesy photo.

“Who thought of that?” I remember asking my partner. “And who the hell watches it?”

It’s been a year and one quarantine since I first witnessed the dumpster fire that is The Masked Singer, and I can now answer my own question: I do. I watch it, along with nearly 8 million other Americans.

The show puts celebrities in costume, concealing their identities, and then has them perform musical numbers. Their voices are distorted whenever they are not singing, but “clue packages” are revealed every so often to provide the judges and the audience with fodder for guesses. At the end of each episode, a singer is kicked off and unmasked.

The Masked Singer is definitely as cringe-worthy as it appears at first glance. Most of the celebrities are not professional singers, and the show relies heavily on witty banter between host Nick Cannon and the panel of judges. The panel is a good microcosm of the random smattering of fringe talent that populates the show: musician and producer Robin Thicke; TV personality Jenny McCarthy; Pussycat Dolls frontwoman and actress Nicole Scherzinger; and the admittedly adorable comedian Ken Jeong, best known for his role as Leslie Chow in the Hangover movies.

A few of the contestants kicked off of season three so far have been Bret Michaels, lead singer of Poison, dressed as the Banana; comedian Drew Carey as the Llama; and perhaps cringiest of them all — former Alaskan governor, vice presidential candidate and Sandpoint native Sarah Palin as the pink and blue fuzzy Bear.

Is it possible to enjoy something so outrageously awkward and try-hard? Apparently yes. I can’t look away from this season of The Masked Singer. It’s like watching a toddler look into the business end of a hose: they’re going to get water up their nose, but it’s going to be funny.

Aside from the obvious hilarity that accompanies NFL players and reality TV stars trying to sing and dance, there is surprising talent on The Masked Singer. You don’t think you’d ever say the words, “Wow, the Turtle’s rendition of ‘Kissed By a Rose’ was really powerful” until you’ve said them.

The costumes are the stuff of theater-kid dreams, there are talented backup dancers and elaborate sets, and an intoxicating sense of real, unbridled anticipation when someone is about to be unmasked.

The best part of this whole mess is when you’re positive that you have someone figured out. I am 100% sure of the Astronaut’s identity, and I yell at the judges each week as they make horrendous guesses.

The Masked Singer is the epitome of American network television: a simple-minded, ostentatious spectacle peppered with plenty of commercials. But it’s also a lot of fun — the silly kind of fun where the competition is friendly and the music is good. Come to think of it, The Masked Singer might be what we all need right now.