Controversies surrounding medicinal and recreational marijuana are as prevalent as ever. While our Boise lawmakers have shown no interest in changing the Idaho laws, our neighboring Washington is deciding what to do with all of the millions in marijuana tax. Over half of the states in our union now offer marijuana legally. Many of those states, including Washington, offer the female buds of cannabis to those 21 and older, but that same product could land a customer in jail across the border in our state. 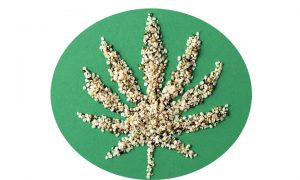 With the controversy comes contradictions. Governor C.L. “Butch” Otter, for instance, used to advocate legalizing marijuana, but now he is adamantly refusing the most uncontroversial extraction: CBD (containing no psychoactive THC), which is used to treat people with intractable seizures. According to the blog Reason: “Otter had a chance to sign a CBD oil bill for Idaho in April 2015, but he vetoed it. He is still the only governor in the country to veto such a bill.”

Medical patients claim that marijuana is used to lessen the pain and digression of Alzheimer’s, multiple sclerosis and IBS, can heal the brain from trauma, lesson anxiety and aid in healing victims of PTSD.

CBD can drastically decrease severe seizures and has been used to treat young children with no side effects. Idahoan Josh Phillips is one example. He has suffered from relentless seizures since the age of 10 and has tried dozens of pharmaceuticals to no avail. He questioned why Otter did not help when he had the chance.

“I am deeply saddened at the freedom Butch Otter continues to deny extremely ill Idahoans,” said Idaho resident Katie Donahue last January. “I am devastated for the children who will continue forced suffering from diseases as well as stigma. I am sickened to think of families from other states having success with cannabinoid therapy not being able to experience the beauty of Idaho because freedom has been replaced with fascism.” Donahue has even prayed to die as a result of her painful and debilitating seizures.

The other half of the story is hemp: the tall green plant that produces seeds. I buy these seeds in bulk from Yokes and make delicious, Omega 3-packed shakes. Even though hemp can grow in all 50 states (unlike cotton, which requires more water as well), the seeds I buy are imported from Canada.

Hemp has the power to revolutionize our economy in the way of fibers, food, fuel and even building materials. It can be grown annually and produces up to four times the amount of paper or building materials per acre that a 20-year growth of trees can. This plant that can grow where others cannot, while enriching the soil with nitrogen.

There is no controversy where the plant is concerned (when it can grow in all 50 states and has a plethora of uses) but the law’s views about it are filled with contradictions. In 1937 it was unlawful to cultivate hemp, but only five years later the same lawmakers were saying the opposite: “Hemp for victory!” About 400,000 acres of hemp were grown to meet the demand for parachutes, uniforms, ropes and other textiles needed for WWII.

What about hemp? While medicinal and/or recreational marijuana is legal in over half the states, hemp grown for food, fuel and fibers is still illegal. Why?