A Washington man is accused of murder after a cab driver was found stabbed to death Monday. 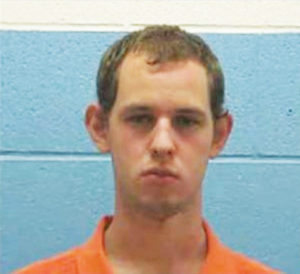 “I am interested in why someone would commit such a heinous act, and as such, in addition to reviewing all the evidence, I have requested the detectives to focus on possible motives,” said Bonner County Prosecuting Attorney Louis Marshall. “My expectation and hope is that we will find the truth, and in doing so, justice will be served.”

According to the Bonner County Sheriff’s Office, Coleman was agitated over being denied admittance to Gonzaga University. That day, he had flown from Seattle to Spokane thinking he would begin the college semester, only to be denied entry for unknown reasons. The incident triggered homicidal thoughts, which grew throughout the day. Gonzaga University later issued a statement saying it had no record of an application for admission from Coleman.

Later that day, Coleman hired a Singh’s taxi to drive him to east Bonner County, where he claimed his friend resided. Coleman told officers that his anger grew throughout the drive, and in Ponderay, he asked Singh to stop at a store, where he purchased a knife. They then continued toward the nonexistent address in eastern Bonner County.

In Kootenai, Singh began to suspect that Coleman had no legitimate destination in mind and stopped near the intersection of Spokane Street and East Railroad Avenue. At that moment, Coleman allegedly withdrew the knife purchased earlier that day and stabbed Singh.

The authorities began investigating Singh’s whereabouts after his family began making inquiries. After calling the cab, they checked in with Bonner County Dispatch. The patrol supervisor soon located Singh’s vehicle and later arrested Coleman without incident. Singh’s family has since been notified. 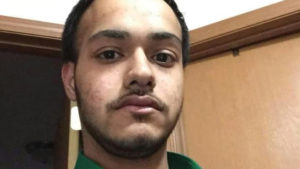 Singh moved to Washington State in 2003 with his family and is reported to have been in his final year of software engineering, according to Hindustantimes.com.

The investigation is ongoing, and anyone with information should call Bonner County detectives at 208-263-8417.