Washington State Rep. Matt Shea is under fire again following the release of his conversations with far-right figures who indulge in violent fantasies about their political enemies. 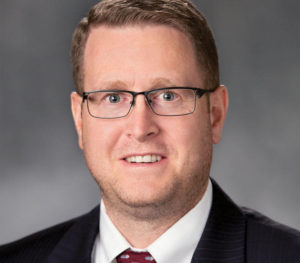 The Spokane Valley lawmaker, who is a popular speaker at North Idaho events for his conservative, libertarian political and religious ideology, faces calls for resignation or expulsion by the state Republican caucus over the leaked messages. Among the critics is presidential candidate and Washington State Gov. Jay Inslee, who said the messages “crossed a new line.”

According to reporting by Jason Wilson of The Guardian, the messages were exchanged between Shea and Jack Robertson, a major personality within the American Redoubt movement who broadcasts the radio show Radio Free Redoubt under the alias John Jacob Schmidt, and Anthony Bosworth, a figure in the Malheur Wildlife Refuge occupation. The messages, sent in early November 2017, discussed a right-wing conspiracy theory that the leftist group Antifa was preparing to launch a civil war on Nov. 4, 2017.

Shea did not participate in violent rhetoric himself in the messages. But he did offer to conduct background checks on Spokane-area political opponents. Bosworth and Robertson were less restrained, openly fantasizing about violently confronting leftist protesters.

“Fist full of hair, and face slam, to a Jersey barrier,” Robertson wrote of one specific Spokane resident. “Treat em like communist revolutionaries. Then shave her bald with a K-Bar USMC field knife.”

The messages are the latest in a string of controversies for Shea, including reports that he authored a manifesto called “The Biblical Basis For War” calling for the death of all men who don’t submit to religious authority. As with previous controversies, Shea offered no apologies.

“Of course I have done background checks to protect my family and my community, but that was only in response to threats already coming from the left,” he wrote in a response.