One of the most important traits of community is a commitment to mutual well-being. And there’s nothing quite important to well-being as having enough to eat.

In that sense, you could call volunteers like Pat and Roland Derr community champions. It’s their efforts that help keep the gears turning at Clark Fork and Hope Food Bank. Their commitment to the work is fortunate, because it certainly isn’t a rewarding job from a financial standpoint. 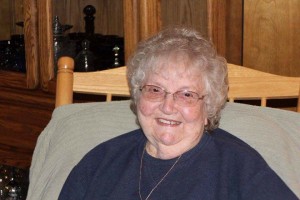 “No one here gets a salary,” said Pat Derr. “In fact, if you work at the food bank, it probably costs you money.”

It’s thanks to the Derrs that the Clark Fork food bank still exists in the first place. Twelve years ago, Patt Derr learned from her fellow members of the Clark Fork Homemakers Club that the food bank would be closed down if someone didn’t step in to manage it. The stakes were high enough that Derr saw the need for action, even if she didn’t necessarily have the experience to back it up.

On the other hand, she had a reputation as a solid and practical organizer, skills she built up in a career as a postmaster. She also had a love for her community and a desire to give back to it.

Twelve years later, consider that a point aptly proven. Thanks to strong support from local businesses and organizations, the Clark Fork and Hope Food Bank is a source of security for Bonner County families.

One of the first partners with the food bank is also one of the most enduring: the Seventh Day Adventist Church. The church provides and maintains a room for the food bank free of charge. Church members like Nancy Rojic also help manage a clothing room that supplies needy residents with basic household necessities.

Derr also proved an effective liaison in establishing partnerships with food providers. Grocery stores like Yoke’s supply the food bank with a portion of excess food. Support from other food banks like Second Harvest are another leg in the stool. Then, of course, there are the donations of food and money from everyday folks in the community. Food bank supporters have noted Derr’s talent for bringing in local support.

“My husband told me, “Pat, people trust you. That’s why you get so many donations,’” Derr said.

Speaking of Ronald Derr, he’s an essential part of the operation, too. More or less in charge of transportation, he makes sure people and supplies get where they need to go. Call him the food bank chauffeur.

“He bought a van we use almost exclusively for the food bank,” Derr said.

Of course, the food bank’s real reason for being is the people of Clark Fork, and that’s what keep the Derrs invested in their work. The Clark Fork and Hope Food Bank uses somewhat looser system compared to some organizations. While they abide by standard income tables to determine eligibility, they don’t require pay stubs or other official documentation as proof. On several occasions, inquiring residents freely admitted they made too much to qualify.

Call that honesty a sign of good will. And in the end, good will is what really fuels the Clark Fork and Hope Food Bank. The volunteers create it when they give up their time freely. It’s multiplied by the community’s support. And it’s reflected on the faces of clients who leave knowing their family won’t live in fear of hunger.

“There are so many people who say they don’t know how they’d make it without [the food bank,]” Derr said.