We parked close to the City Parking Lot, got our puppets out of the car and quickly became our characters — my wife is in Andorra, the 9-foot-tall Avatar with blue and purple hair, and I’m the Dancing Duck Man with four little ducks. 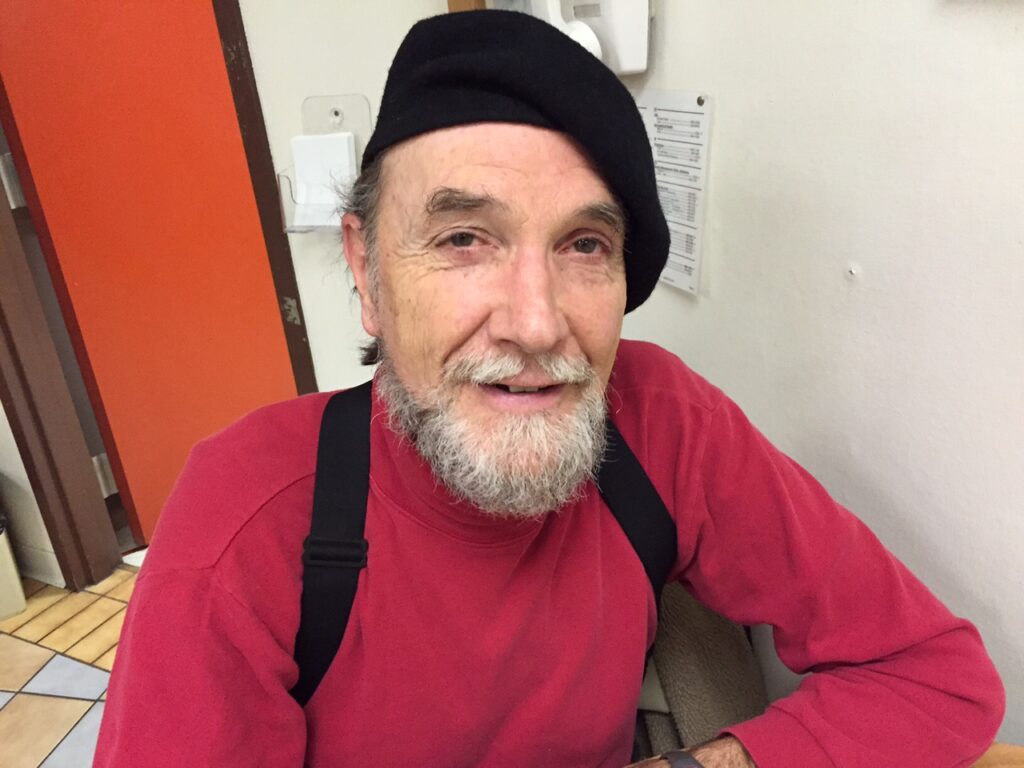 We’ve been living and entertaining at children’s festivals and in parades in Sandpoint for more than 40 years. We joined a hundred or so kids with their bikes and scooters and parents, ready to take off for the 9 a.m. Kids Parade on the Fourth of July.

It started and we were off on Church Street. The kids left us in their dust but we moseyed along, entertaining the few early birds set up on the sidewalks.

It did not rain. First Avenue was not yet full of people sitting, talking, milling about, waiting. The sun was warm, though; and, by the time Duck Man and Andorra got to the end of First Avenue, we stopped in the shade on the sidewalk in front of the Cedar Street Bridge to rest. We stood quietly near the Lions volunteer sitting in a chair with his yellow vest and walkie-talkie, and a little forward of a nice looking young man dressed in dark clothes.

The silence was broken by Andorra’s voice coming from the speaker high up under her chin: “I’m really sorry that you felt that you had to bring your weapon with you today!”

I whipped my head around and found myself staring at the muzzle of an AR-15-type rifle slung over the young man’s shoulder. The young man (30s maybe) stepped toward Andorra and said something very close to, “I’m sorry you don’t respect my freedom!”

The incident was momentarily comical because he was looking up at Andorra’s face 9 feet in the air, talking to the puppet.

Blown away by the exchange of words, Andorra immediately stepped off the curb and started to walk away as the young man called out, “Communist!”

The whole incident was so out of context with what our mission was that day, that I just turned my music back on, loudly, with “Happy,” by Pharrell Williams, and joined Andorra in entertaining the many kids and adults that lined Cedar Street. I didn’t realize how upset she was.  Somewhere between Third and Fourth avenues this beautiful little girl in a long flowing dress and a unicorn horn in her hair, came running down the middle of the street and hugged Andorra’s legs. Joni Mitchell came on with “Both Sides Now,” and the guy was forgotten.

Forgotten, that is, until we got home and saw the news about the Highland Park parade shooting. Feelings of guilt rose up in me. I had almost asked the guy, “Are you here to defend us from a shooter or are you… the shooter?”

How could I think that was funny?

I live in a county where the sheriff supports bringing guns to public events, so I just blew it off. It never occurred to me to tell any of the other Lions that I might have concerns. I was near the sheriff’s car that was leading the parade as we left for home. I could have quickly mentioned my concern as he passed by, and he might have radioed for someone to check it out.

The reality is, a shooter wouldn’t have to hide on a rooftop or behind a window or find an open door in the school — he or she knows it’s a suicide mission. They could  just walk on the street bearing arms and start shooting.

I apologize to my community for allowing myself to become numb, callous and indifferent to our situation.