The Panhandle Chapter of Trout Unlimited will bring two live music performances Saturday, Aug. 31 to Matchwood Brewing — both in the name of protecting bull trout.

Shakewell and Cowboy Andy and the Salamanders will supply the tunes at the Trout & About Festival, an all-ages, all-afternoon event meant to rally the community behind trout identification and habitat. 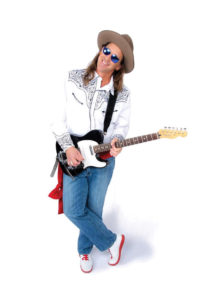 Missoula-based Cowboy Andy and the Salamanders kick things off at 11 a.m. with family-friendly and educational tunes geared toward kids and kids-at-heart. By 3 p.m. funky favorites Shakewell will take the stage. Also based in Missoula, Shakewell is known to play other all-ages shows in Sandpoint, including Mattox Farms’ Jack Frost Fest. The band — which calls itself a “funk brotherhood” — is known for groovy, horn-heavy soul music with an R&B touch.

“As a band born and raised in rural towns around Montana, we understand the importance of building a strong community and the impact art has on all ages,” said Cove Jasmin of Shakewell. “Most of us grew up attending events very similar to the Trout & About fest, and you could argue that seeing live music in these scenarios pushed many of us toward a career in art. Why not make learning a party, right?”

The event will take place outside, rain or shine, and attendees are encouraged to bring camp chairs and blankets.

Live music is certainly a highlight of Trout & About, but at its core, the festival is meant to educate kids — and the parents they inevitably bring in tow — about how to identify and properly release endangered bull trout if they are caught. 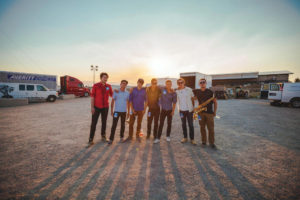 Aside from teaching people about the trout themselves, Trout Unlimited also stresses the importance of clean and cold water in our area. When it comes to bull trout habitat, Glenn Lefebvre, who serves as bull trout education coordinator for the Trout Unlimited Panhandle Chapter, said, “the cleaner, the clearer, the colder, the better.”

Lefebvre said bull trout are an indicator species — when they’re having a hard time in an environment, other species are sure to follow, which makes them an important part of the local ecosystem.

Festival-goers will learn about that and much more at Trout & About, and the more knowledge they collect, the better chance they have at earning raffle tickets to then put toward fly rods, Yeti coolers and other swag up for grabs.

Lefebvre said he is most looking forward to the live music, as well as checking out the various information booths at Trout & About and getting to work with the volunteers who are staffing them.

“These people are really dedicated to the trout, and really knowledgeable,” he said. “I couldn’t do it without them.”